Sterling dollar exchange rates have hit a six month high in the last few days. At the time of writing the pound is down marginally for today, but overall holding relatively firm v’s the dollar.  A lack of action from the Bank of England today (keeping interest rates on hold), has meant the market has been relatively stable with only a 1 cent movement from high to low.

Looking a head it’s difficult to predict cable movement (GBPUSD) but it is worth bearing that we are at a six month high if you do need to buy USD! Sometimes it’s best not to gamble and I think now is the time, sterling is up 4.5% in the last month, and around 11% from the lows of 2010 in May.

In terms of a forecast, I think it really depends how the UK economy fairs.  We have a slowdown in the US priced into current rates, so the main issue for sterling is that the budget cuts and public spending reductions are coming in to force in the next few months.  These could have a very negative effect on exchange rates as it may lead to:

At present there isn’t a great deal of focus on these cuts, which is why the pound has held up around a six month high recently.  I personally think we could see things head back toward the low 1.50’s, so my overall feeling would be not to hold on too long if you need to buy USD.  For more information, fill in the form on the right. 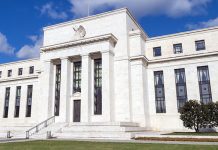