Home Predictions Interest rates will be market driver for sterling against a host of...

With a busy week ahead for data releases, sterling exchange rates will mainly be driven by interest rate decisions around the globe.

It will start off at 5.30 tomorrow morning when Australia will set their rates for the coming month. Australia’s interest rates are at 4.75% and a lot higher than here in the UK. Rates are expected to be kept on hold after their last quarters GDP showed a dip for the first time since 2009. If however we do see the RBA reduce rates by a quarter of a point then we may see the pound strengthen from close to all time current lows. I would not hold my breath for this to happen though as the consensus is that rates will be left unchanged.

Then on Wednesday evening it is Australia’s partners New Zealand with their rate decision. They recently reduced interest rates after the earthquake that hit Christchurch to help boost the economy. Since then they have had a batch of positive data releases and their are rumours that they will shortly be raising rates a couple of times before the end of the year. The KIWI Dollar has recently strengthened against a host of currencies hitting all time highs against the pound and US Dollar. I would expect to see this trend continue for some time until the UK has its own interest rate hike.

Then this Thursday lunchtime 45 minutes will split decisions in the UK and Euro. The pound has weakened by around 2% in the last week against the Euro as Greece had agreed in principle a new bailout package. Their have once again been comments from the ECB that interest rates in the Euro may rise over the coming months. The markets have been predicting a rate hike in July. If though the rate hike hits the markets this week then we could see the pound fall back down to its May low of 1.1054. A press conference after the decision will take place and if no movement has occurred from the decision then the press conference can make the markets extremely volatile as it assesses comments from the ECB president.

Their have been rumours that the UK is not a rate hike until 2012 now. I personally feel that we may see a hike in Q4. So for this reason I feel this months rate decision will be a non event for the pound but we should look out for the minutes of the rate decision 2 weeks later. Normally the minutes will give us an indication of how many members voted for rate hikes and can give an indication on future policy stance.

For the pound to really strengthen against a host of currencies we will want to see an indication that rates will rise in the near future. If this does not happen then I think the pound will continue to trade at low levels against the AUD, NZD and EUR

If you would like more information on any data releases to hit the markets please fill in the enquiry form on the side of this page or email me directly with your name, number and enquiry on [email protected]. I will come back to you immediately with info and explain the mechanics of achieving our award winning rates.

Will the Pound rise or fall versus the Euro in May? 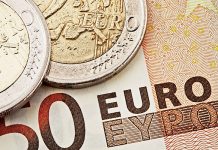 Pound to Euro forecast ahead of European Elections