GBP/CAD rates of exchange have received a during this weeks trading with oil prices being in free-fall since Monday. The Canadian Dollar has weakened significantly across the board as a result.

Despite the Canadian economy’s recent diversification to compensate for prolonged low oil prices, the economy is still largely tied to the price of oil, which is why GBP/CAD, EUR/CAD and USD/CAD can experience violent swings at times parallel to such swings on the oil markets.

The price of oil is now at its lowest level since 2009, following a recent meeting of OPEC which disappointed markets by giving no firm quota for their production this year. This means there has been no ‘cap’ put in place to limit oil production and allow prices to rise, which is why markets are already beginning to price in this predicted price fall, and the Canadian Dollar is already beginning to lose value.

Once again any gains on GBP/CAD are nothing to do with any positive effects of the British economy causing the Pound to strengthen. Until recently, Sterling weakness had caused GBP/CAD rates of exchange to topple down and almost break below 2.0. This was a result of the expected UK interest rate rise for Spring 2016 being moved back until at least 2017.

We now find ourselves in a familiar position since October this year, where Sterling weakness and Canadian Dollar weakness are causing regular shifts in value for GBP/CAD. Since October this has caused rates to move between 1.98 and the 2.05 region, and as we are near the highest for this trading band thanks to news about future oil prices, those with Canadian Dollars to buy should be looking to move sooner rather than later to avoid similar corrections.

You can contact me on djw@currencies.co.uk for a free and competitive quote on your transfer, I have never had an issue beating the rates of exchange offered elsewhere. We can also discuss a strategy for your transfer in order to maximise your Canadian Dollar return.

CAD sellers can do the same, and I can outline how to ride any expected moves in your favour over the coming weeks and months to ensure you buy at the high of the market. Daniel Wright 01494 787 478 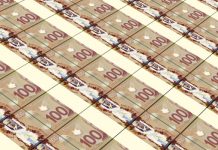