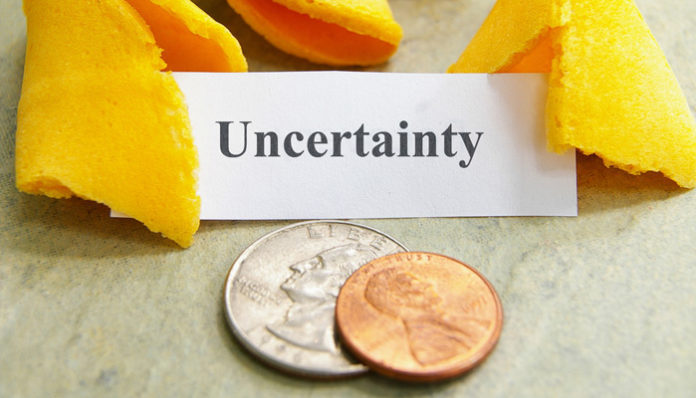 The pound continues to see very mixed movements across all of the major currencies as the political and economic uncertainties surrounding Brexit continue to be the main driving force for sterling exchange rates. The pound has found a small degree of support after strong UK unemployment numbers released yesterday showing unemployment is now at 4.7%. However news of a potential Scottish independence referendum is creating additional uncertainty when the UK is already in unchartered territory with Brexit.

The Bank of England meet today to discuss interest rate policy. Whilst no hike is expected today the bank is likely to address the issue of rising inflation which would ultimately point to higher interest rates. Bank of England Governor Mark Carney may also be upbeat about the British economy which could see the pound rally today although gains are likely to be limited.

Last night saw eagerly awaited events in Europe and the US although the market reaction has been limited to date:

The Dutch elections held yesterday have seen Prime Minister Mark Rutte win the most number of seats whilst beating Geert Wilders who was tipped to do better. Focus now moves to the French election with the first round taking place 23rd April. This election result from the Netherlands could now dampen expectations of a Marine Le Pen win which has been suggested as a possibility in recent weeks. This French election will now become a huge driver for Euro exchange rates and the polls to come could see considerable Euro volatility.
Those clients looking to sell Euros for pounds would be wise to consider taking advantage of the current excellent trading prices. Any news that Marine Le Pen could perform well in these elections could see the Euro weaken.

GBP USD has made some small gains overnight after the US Federal Reserve raised interest rates as expected last night from 0.75% to 1%. The guidance from the Fed also remains the same with a further two hikes expected later this year. The markets had priced this rate hike in as a near certainty which would explain the lack of market reaction for the dollar.

Those clients looking to sell Australian dollars however have been given a boost from the change in US interest rates. AUD GBP has strengthened overnight with rates breaking below 1.60 for the pair.

There are so many factors in the UK and overseas which are all having a direct and sizeable impact on the pound and there are no guarantees that events will happen as expected. To be kept up to speed on market developments and currency movements to try and pick the best rates then feel free to get in touch and I will be happy to help.
If you would like further information on sterling exchange rates or any of the major currencies and to discuss how we can assist then please feel free to contact me on 0044 1494 787 478 and ask one of the team for James. Alternatively, I can be emailed directly on [email protected]