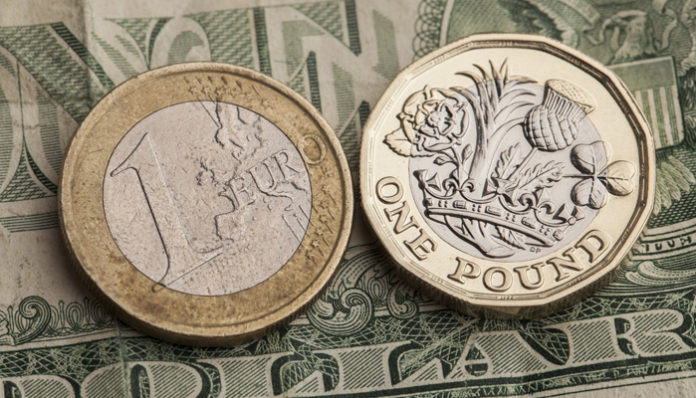 Buying Euro and Dollar rate have been visibly choppy but haven’t gone anywhere over the past week and a half, with currency markets as frustrated as many in the UK electorate that no clear post-election direction has been laid out.

The Queen’s speech, the outlining of the new Government’s plans and priorities, and likely some snippets of how Brexit policy is going to be effected in the wake of the election result, will commence tomorrow.

However, we have yet to see a formal confirmation of any ‘deal’ reached between the Conservatives and the DUP, and last week the DUP’s Deputy Leader stated that there was ‘no deadline’ for such a deal.

What can we expect for Sterling moving forward?

It’s messy certainly, but whilst not a perfectly clear emergence from the election, we are seeing some clarity on the horizon. With Brexit talks having begun yesterday, the content of the Queen’s speech will be absolutely key in deciding what will happen to buying Euro and Dollar rates.

At the moment there is still an expectation of a positive improvement for Sterling. Whenever it was close to an expected announcement of co-operation with the DUP, GBP/EUR, GBP/USD and GBP/AUD rates were seeing marginal improvements. These were the dashed by delays from unexpected events that took the Governments attention, such as the Grenfell Tower fire and the terror attack at Finsbury Park.

However, surprises can come. Anyone with a Euro, US Dollar or Australian Dollar buying requirement wishing to take advantage of any boosts which occur on Wednesday may be wise to remember this. Whilst waiting to capture an opportunity you can also protect your downside by placing a ‘Stop Loss’ order. This will mean your currency is automatically bought at a rate you are comfortable with, should the market suddenly lurch against you.

All forecasts for Sterling exchange rates are largely dependant on the content of the Speech and how the Government addresses this during Prime Minister’s questions.

Anyone looking to buy Sterling using Euros, US Dollars or Australian Dollars now seem to be on a tighter time frame. The likelihood tomorrow is for Sterling strength so it may be worth securing an exchange rate before the close of play today. Even if you have a requirement later in the year, if you wish to take advantage of these highs to buy Sterling, you can pre-book your currency for a future transfer using today’s rates.

I strongly recommend that anyone with a Sterling based currency requirement should contact me on [email protected] to discuss a strategy for your transfer aimed at maximising your currency return.

You can also call me directly before tomorrow’s events on 01494 787 478 and simply ask the reception team to be put through to Joshua.