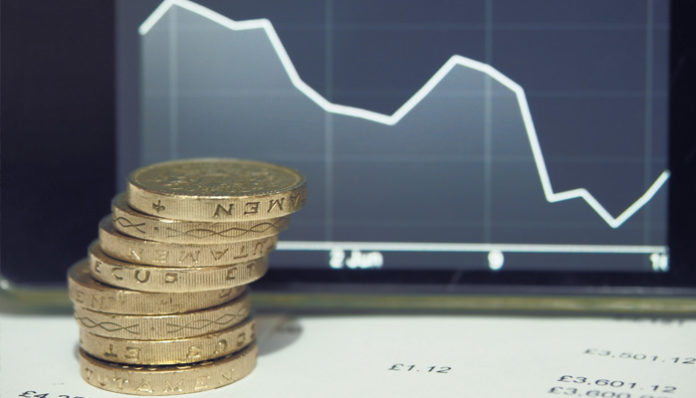 When exit polls were released Thursday evening the pound plummeted in value against all of the major currencies as a Tory majority seemed unlikely. Many economists believe the reason why UK Prime Minister Theresa May called a snap election in the first place was to boost the amount of seats she had in parliament in a bid to have more power when negotiating Brexit.

As soon as most of the seats where announced and it was clear a tory majority would not occur Theresa May announced she would be making a public announcement at 10am and I believe she was going to resign at this point. The speech never took place and it was announced she would be taking a trip to Buckingham Palace to ask for the Queens approval to form a Government with the Democratic Unionist Party.

Throughout Friday afternoon the pound recovered sightly against the major currencies as Theresa May gave certainty to the country. However, so far talks are ongoing and a deal hasn’t been finalised.

This week Theresa May will want to form a Government as quickly as possible, as Brexit negotiations are supposed to start on the 19th June. Personally I found it difficult to see how such tough negotiations will take place in such a short space of time. Surely the DUP will want to put their spin on Brexit and that could be reason to why a government hasn’t been formed as of yet.

This week the UK are set to release a host of data. Tuesday inflation numbers will be released at 9.30am. Inflation has been on the rise in recent months and now sits above the Bank of England’s 2% target. A worry for the BoE in recent months is that wage growth is dwindling and inflation is rising, however the BoE are not in the position to raise interest rates anytime soon to combat inflation.

Later in the week on Thursday is the Bank of England’s interest rate decision. Governor of the Bank of England Mark Carney will want to bring some stability to the market in his early afternoon press conference. However the monetary policy committee will continue to leave interest rates unchanged and a government may not have been formed therefore this could be a tricky day for  the Governor.

All in all for any client purchasing a foreign currency, with the Tories not winning a majority I believe the pound will remain under pressure and therefore trading sooner rather than later is the best option. However when purchasing currency it is always important to analyse both currencies as potential positive movement may occur when the other currency weakens.

The currency company I work for enables me to buy and sell pounds at rates better than other brokerages and high street banks. If you are buying or selling pounds this year feel free to send me the currency pair you are trading (GBPUSD, GBPEUR, GBPCHF etc) the reason for your trade (company invoice, buying a property) and I will email you with my forecast for the currency pair and the process of using our company [email protected].

Enjoy the rest of your weekend and I look forward to speaking with you Monday morning.