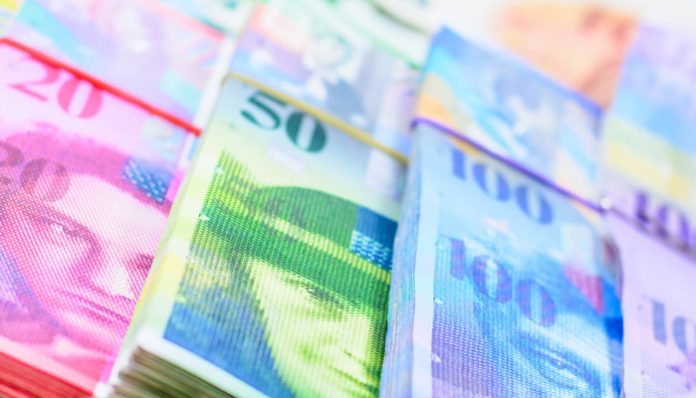 Tomorrow the monetary policy committee from the Bank of England will vote to decide the interest rate for the upcoming month. No change is expected from 0.5%, therefore I expect the actual decision to be a non event. However shortly after the event Governor of the Bank of England Mark Carney will deliver his monetary policy statement which will be followed by a question and answer session.

Regular readers will be aware that speeches given by governors of central banks can have a major influence of exchange rates. In recent weeks the UK economy has been performing fairly well. Q4 2017 Gross domestic product numbers (also known as GDP) exceeded expectation and was released at 0.5% from the expected 0.4%, public net borrowing dropped to £1.0bn and the worrying wage growth numbers exceeded expectation.

Due to the positive data releases of late, I expect the Governor to give a fairly bullish statement which could provide opportunity for Swiss Franc buyers. However he could reiterate that Brexit negotiations will continue to dictate future monetary policy decisions, and as the UK and EU have hit a stumbling block in regards to the transitional period, this may put pressure on the pound. Expect volatility tomorrow afternoon.

The currency company I work for enables me to buy and sell CHF at rates better than other brokerages and high street banks. If you are buying or selling euros this year feel free to send me the currency pair you are trading (CHFUSD, CHFGBP, CHFEUR) the reason for your trade (company invoice, buying a property) and I will email you with my forecast for the currency pair [email protected]. Alternatively if you would like to discuss your requirements over the phone call 01494-787478 and ask to be put through to Dayle Littlejohn

** If you are already using a brokerage and would like a comparison this will take you 2 minutes and could save you a considerable amount of money! **