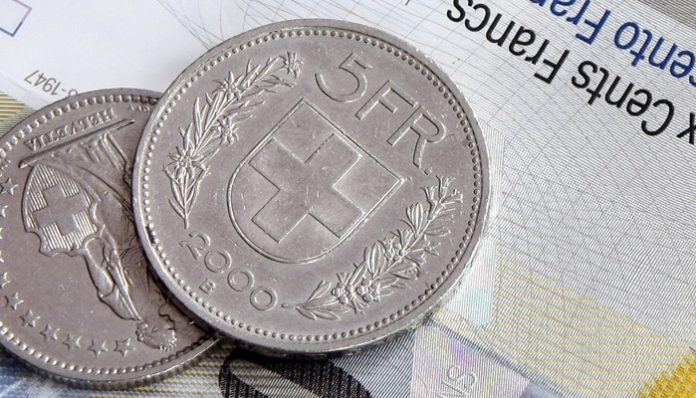 The pound has fallen dramatically against the Swiss Franc with rates for GBP CHF falling to below 1.30 once again. The Swiss Franc has seen a surge in its value after this week’s financial market volatility which started on Monday. The stock market crash in the US which fell by 4.6% on Monday has created volatility for all of the major currencies as wee as global equities.

The Swiss Franc which is a safe haven currency generally performs well when events like this happen. The fact that Asian markets fell further this morning would suggest that there is still a great deal of uncertainty and volatility. There is every chance the Swiss Franc may have further to gain in light of the view that higher inflation and higher interest rates could cool the global recovery.

The pound which saw a heathy boost against the Swiss Franc yesterday has slipped lower today as Brexit continues to dominate the headlines. News of a plot to topple the British government which involves the backing of George Soros (the man who famously broke the Bank of England) will almost certainly be a talking point this weekend.

The Brexit negotiations also appear to have a hit a rocky patch with some disagreement in certain areas. Comments from Michel Barnier today have made clear that a transitional agreement is by no means a certainty. Until greater clarity of the terms of a future trade agreement have been offered the pound is likely to struggle from here on and this could take many months.

Clients looking to buy Swiss Francs may wish to take the risk out of the markets as the Swiss Franc could push higher amidst all the global uncertainty. To discuss you own requirement and how to maximise on the rates of exchange then please email me at [email protected]