Home Economic data Sterling spikes on positive Brexit news, but will it continue to climb? 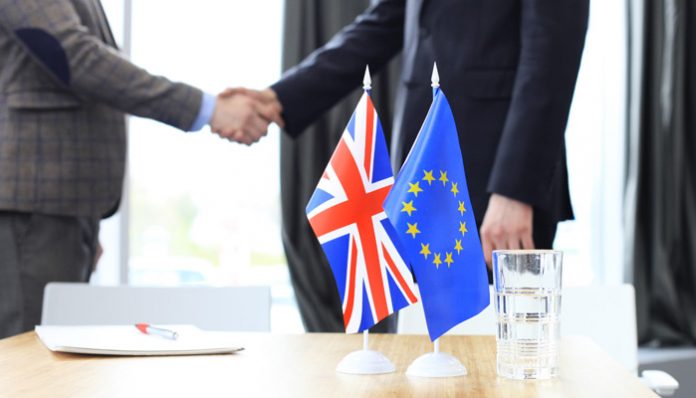 Sterling made some considerable gains today and is ending the day’s trading as the best performer of the major currency pairs.

The main reason for the improved sentiment towards the Pound is because news has broken that the UK and EU negotiators have come to an agreement regarding the UK’s transitional Brexit period. This has removed some uncertainty surrounding the UK economy as it moves into the divorce with the EU so it’s not surprising to see the Pound climb as the news broke.

Personally I think that there is room for the Pound to climb further, although those of our readers waiting for improved rates to exchange their Pounds should be aware that the Northern Irish border issue may be a sticking point that could cause a sell-off. Although there isn’t a huge amount of trade between the Republic and Northern Ireland it’s the movement of people that could be the issue.

If you’re planning on making a transfer between the Pound and another major currency pair, do feel free to get in touch for my opinion or if you would like to be notified in the event of a major move for the Pound’s value.

Sterling was boosted further after it emerged that UK wages rose during March at their fastest pace since early 2009. At the same time UK job security has also seen a boost so this news has further boosted the Pound’s value.

The next news release that could be key for the Pound is this Thursday’s wage data and Thursday is also the date of the start of the EU summit in Brussels where the Brexit is also likely to be a key topic.