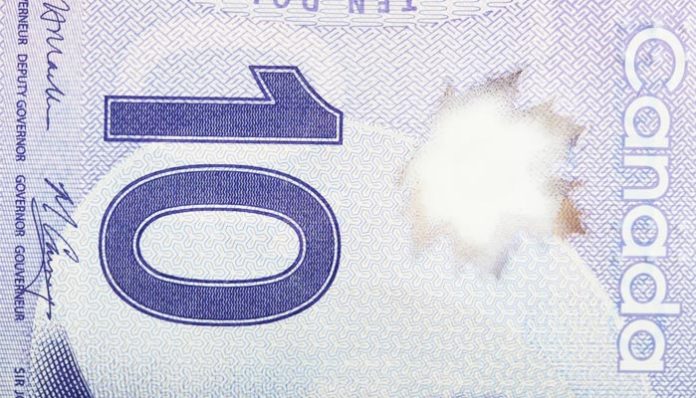 The Canadian dollar fell against the US dollar yesterday on the back of falling oil prices which slipped on yesterday’s markets. Oil is one of Canada’s biggest exports so any drop in the price usually has a direct negative impact on the Canadian dollar.

Canadian Gross Domestic Product (GDP) numbers are released tomorrow and are likely to be scrutinised by the Bank of Canada which has been forced to take a more dovish stance of late. A strong figure would be welcome news for the Canadian dollar although until NAFTA is renegotiated in full the dollar is unlikely to make any material gains.

The Canadian dollar still faces an uphill battle with the ongoing uncertainty for global trade and the imposition of trade tariffs which are seen as negative for the global economy. The continuing NAFTA negotiations which commenced last year are still causing a headache for Canada which would value clarity over a future trading relationship. Mexico too is pushing for a deal ahead of elections in Mexico in the summer and any progress here could be very welcome news for the Canadian dollar. In my view there could be a sizeable shift in favour of the Canadian dollar if the stars align.

Clients looking to buy Canadian dollars with pounds may wish to consider securing funds sooner rather than later to take the risk out of the volatile currency markets. There is also likely to be volatility stemming from the UK Brexit cabinet meeting on Wednesday where it will be discussed whether Britain should remain in a customs union. Those clients looking to sell Canadian dollars for pounds should pay close attention to developments on this front as any clarity offered is likely to be good for GBP CAD as a pair.