Sterling found some support against the EUR during Wednesday’s trading, following comments by UK Prime Minister Theresa May.

There had been speculation that MP’s would look for “vote of no confidence in the PM”, in regards to the UK’s stance on leaving the EU’s customs union. Theresa May was quick to play down this scenario and after rejected the notion the Pound rallied against the EUR during afternoon trading.

Despite finding some support Sterling failed to make any significant impact against the single currency, with the Euro finding plenty of support under 1.14.

Yesterday’s positive move was short-lived, with GBP/EUR rates hitting 1.1338 at this morning’s low.

The Pound seems to have lost all of its momentum over recent days, having moved close to 12 month highs towards the end of April.

It seems as though the primary reason for its demise is linked to next week’s Bank of England (BoE) interest rate decision.

It had been widely anticipated that the central bank would hike rates at their next policy meeting but a drastic change in market conditions, has seen sentiment swing the other way.

Having been well supported for weeks, Sterling is come under a huge amount of pressure this week, with investors selling off their Sterling positions with haste, causing its value to dip at an alarming rate. Poor Manufacturing figures earlier this week intensified this negative feeling, following on from Friday’s disappointing Gross Domestic Product (GDP) figures.

It is now extremely unlikely that the BoE will raise rates next week in my opinion, with the 0.25% rise likely to be pushed back until further data is analysed over the coming weeks. However, even a strong run  of data over the coming weeks may not be enough, with early reports suggesting a rate rise may now be off the table until at least the last quarter of this year.

Therefore those client with an upcoming GBP currency exchange to execute may be left disappointed if they hold out for any major improvement over the coming days.

If you have an upcoming GBP or EUR currency transfer to make, you can contact me directly on 01494 787 478. We can help guide you through this turbulent market and as a company we have over eighteen years’ experience, in helping our clients achieve the very best exchange rates on any given market. 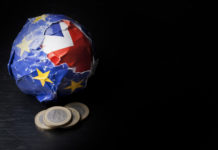