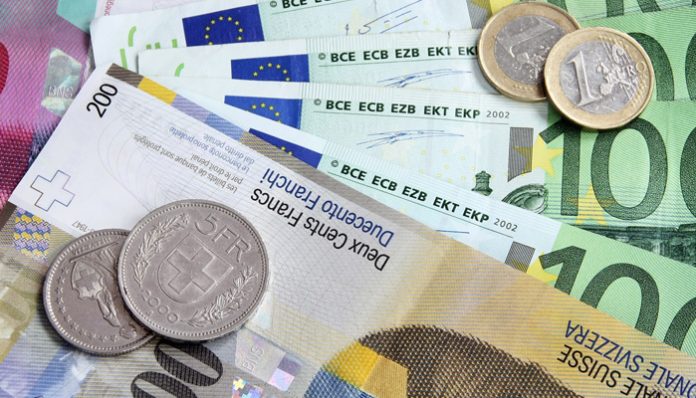 The pound to Swiss Franc exchange rates has slipped to some of the lower levels in two months as concerns over the Italian political situation fuels a shift into safer haven assets like the Swiss Franc. We have also had a reduction in the interest rate forecast for the UK which is removing pressure on the Bank of England to raise interest rates and seeing the pound slightly softer.

The longer-term direction for the pound to CHF rate could be towards a higher level as confidence grows over the UK’s future relations with the EU and risk appetite returns for investors, triggering a reduction in the value of the Franc. For now, however, concerns over the future direction of the Italian political situation could add to fears about the future economic and political direction of the Eurozone.

The Franc benefits from increased fears over the final plans for the Italian government who are discussing measures which could at worst, ultimately see Italy on a path to leaving the Euro. At best, the changes in welfare and tax could set Italy’s economy in a direction that goes against the grain of reform and fiscal rules which has been so crucial to the economic recovery across Europe since the debt crisis after the financial crisis.

Of course, the Italian problems might gently resolve themselves if the new government choose to appease their German paymasters, but this would leave them exposed politically and may prove a further headache down the road. With the Swiss National Bank focussed on avoiding too strong an appreciation of the currency, the potential for some kind of intervention which would greatly move markets remains.

Getting the best deals on Swiss Francs can be achieved through careful monitoring of the political and economic situations that may shape future dealings. If you have a currency exchange to consider in the future then why not register interest with us, so that we can monitor closely the market for you and help maximise the position.

Thank you for reading and please contact me Jonathan Watson on jmw@currencies.co.uk