Home CHF Strength Swiss Franc to have a positive end to the week vs the... 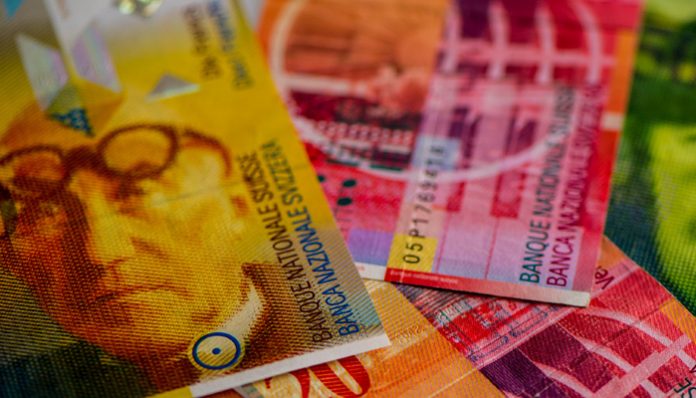 The Pound has remained fairly range bound against the Swiss Franc during the last couple of weeks as the markets appear to adopting a wait and see approach as to what might happen in the medium to long term.

The Pound fell marginally during this time after the Bank of England once again decided to keep interest rates on hold at a split of 7-2 in favour of keeping the rates the same.

Over the next couple of days there is limited data published both here and in Switzerland so the focus in terms of data is likely to come out from the Eurozone with the release of Construction Output data at 10am today.

Data has been improving in this sector lately on the continent and typically if we have some positive news in the Eurozone this will often result in some strength for the Swiss Franc.

Arguably more important in terms of data will be the release of Eurozone Trade Balance data at 10am tomorrow morning.

This will show how well the Eurozone economy is performing at the moment and if we see another positive release this could see the Swiss Franc have a strong end to the week against the Pound.

The US Dollar has weakened marginally against the Swiss Franc overnight and this has helped the Franc vs the Pound as well.

With the political landscape a little concerned with how the talks between the US and North Korea may go in the near future the Swiss Franc has seen the benefit of being a safe haven currency.

If you have a currency transfer to make and would like to save money compared to using your own bank then contact me directly for a free quote. Having worked in the industry for 15 years for one of the UK’s leading currency brokers I am confident of being able to help you with the timing of your transfer.