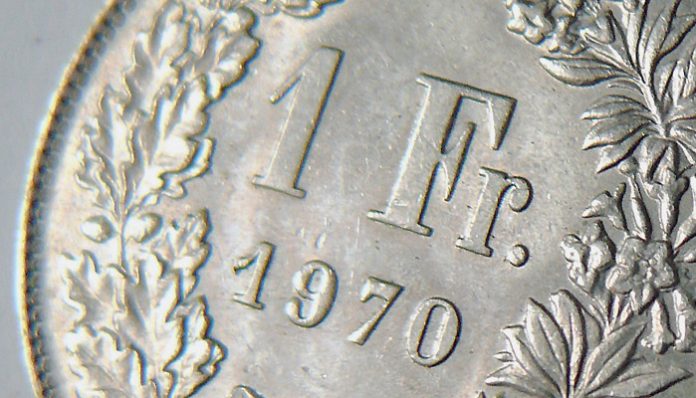 The Swiss franc has been one of the poorest performers of all major currencies so far in 2018, losing roughly 5% of value against the Dollar and 3% against Sterling.

It does appear though from signs this week that investors and speculators are starting to look at the currency in a more positive light, and we have seen a slight fightback as the week has progressed.

Swiss economic data has been ok in recent times and although the general view is that we will not see any movement in interest rates for Switzerland until we see a move from the European Central Bank as they have generally shadowed the ECB policy decisions in the past and there are no signs that they are going against that in the near future. The Swiss Franc is still a firm favourite as a safer haven currency amongst investors.

The Swiss National Bank have stepped in numerous times over the past few years to weaken their currency as and when it has found too much strength in their eyes but when looking at indicators it appears that they have not been doing this recently.

With strong economic data and low unemployment in Switzerland the Swiss Franc still appears to be a ‘go to’ currency as a safer haven for investors in times of global troubles and we still have plenty of those both politically and in an economic sense too.

We have a Bank Holiday in Switzerland on Monday and very little economic data due out over the course of next week so I feel we will more than likely see Swiss franc exchange rates move on risk sentiment and economic data from other areas globally.

If you are in the position that you need to carry out a currency exchange involving Swiss Francs then you are more than welcome to get in touch with me and I will be  happy to help you personally. The brokerage I work for has been operating for 18 years now and we pride ourselves on getting clients not only the best exchange rates on the market but also offering the very highest level of customer service too.