Home Economic data Pound makes gains against the Euro and the US Dollar but how...

The Pound made some gains yesterday after much better than expected UK Services Sector data which showed a rise to 54 compared to the previous month which was 52.8.

This has given rise to a hint that interest rate rises may be discussed again but until we have a flurry of good economic data I do not foresee a rate hike coming in the near future for the UK.

The Pound is now trading above 1.14 against the Euro and also 1.34 against the US Dollar following on from the news.

Meanwhile if we look at the political landscape over the next few days the EU Withdrawal Bill will be discussed next week on June 12th. The House of Lords had made a number of amendments last month so next week’s meeting could cause a lot of movement for Sterling exchange rates this time next week.

Over in Europe things appear to have settled down slightly in Italy with New Italian Prime Minister Giuseppe Conte announcing new plans for moving the country forward including cutting tax and curbing immigration.

One real sticking point however for Italy is that they currently have a debt of 130% of GDP which is clearly a big concern and way above that expected by the European Union.

The Italian debt problem could cause a big problem in the future but at the moment things do not appear to be reflected in the value of the Euro which highlights to me the problems faced by Sterling caused by the ongoing Brexit uncertainty.

My personal opinion is that we’ll see Sterling remain in a fairly tight range as we have seen over the last few months but with a number of economic data releases over the next few days including Eurozone GDP data due out tomorrow and the latest NIESR UK GDP estimate for the last three months published on Friday we could see a volatile end to the week for the Pound.

If you have a currency transfer to make and would like to save money on exchange rates compared to using your own bank then contact me directky for a free quote and I look forward to hearing from you.

I work for one of the UK’s leading currency brokers and I’m confident with my 15 years experience that I can be of assistance to you. 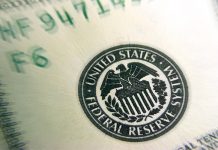 Telephone Post Brexit Talks, Helps the Pound Continues Its Climb Back up Against the...