Home GBPCHF Where next for the Swiss Franc against the Pound? 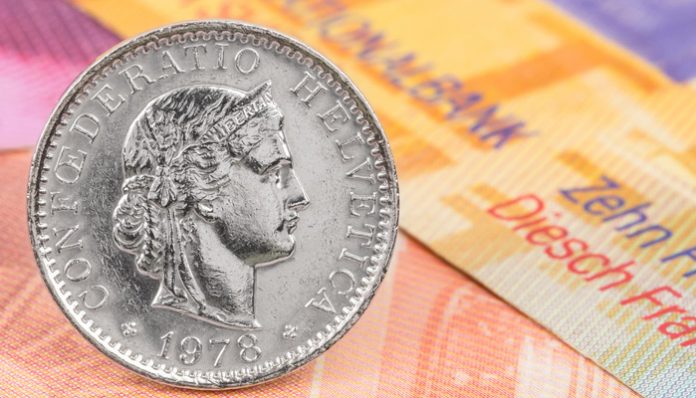 After hitting its best level to buy Swiss Francs in a month at the start of the week we have seen the Pound start to fall after some political tensions in the UK.

The reason for the previous gains was that it appeared as though the tone towards the UK in terms of the Brexit talks was improving with EU Chief Brexit Negotiator Michel Barnier claiming that a deal may occur in the next 6-8 weeks.

However, the gains for Sterling appear to have reversed with speculation rising that some Tory MPs may be planning to instigate a leadership challenge against current Prime Minister Theresa May.

The uncertainty surrounding Brexit is clearly weighing heavily on the Pound against a number of different currencies and with political tensions within the Tory party not going away anytime soon owing to the disagreement of how to arrange the final parts of Brexit we could see further problems ahead for Sterling exchange rates.

Later today the Bank of England will announce their latest interest rate decision and at the moment the expectation is that the UK will be keeping interest rates on hold for a few more months.

Therefore, I do not expect to see much movement for the Pound vs the Swiss Franc following the meeting.

Following this announcement we have the latest European Central Bank decision and this could cause some volatility for rates if the central bank discusses what they will doing with their current QE programme.

Overall, I expect the Pound to continue to struggle against the Swiss Franc owing to what is happening with the Brexit discussions and as we saw two years ago the markets can move very quickly so be prepared for the unexpected when it comes to GBPCHF exchange rates.

If you have any questions about exchange rates or how to make a currency transfer you can send me a message using the form below: