Home CHF Strength GBP/CHF Forecast: Swiss Franc at best level against the Pound in over... 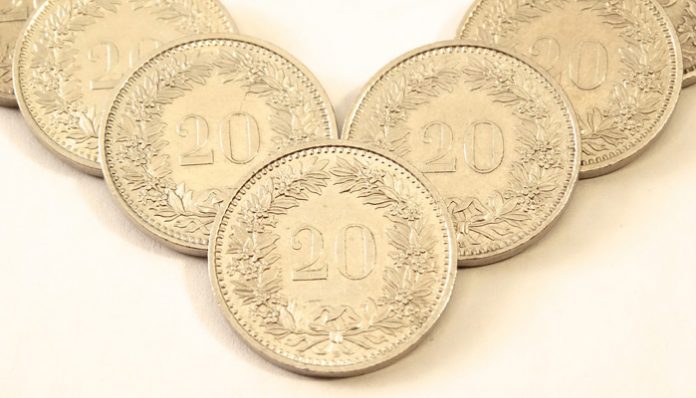 The Pound is now trading at its lowest level to buy Swiss Francs in over twelve months as the political uncertainty surrounding the UK is continuing to negatively affect the value of Sterling exchange rates.

Clearly the uncertainty of what may happen in the next three months before the end of March is causing investment in the UK to drop off in favour of more safer currencies, including both the US Dollar and the Swiss Franc.

Switzerland is one of the largest holders of foreign exchange globally and is able to protect its position as and when necessary and whilst the political problems in the UK continue to run and run I think we could see ongoing problems for the Pound vs the Swiss Franc.

With MPs due to come back on 7th January from their recent break, debating on the Brexit vote is due to begin on 9th January, with the vote on the next Brexit deal planned to conclude before 21st January. We could be entering a very volatile period for GBP/CHF exchange rates in the fortnight ahead.

The ongoing Trade Wars between the US and China have also caused global investors to seek the safe haven currency of the Swiss Franc and this has seen GBP/CHF exchange rates drop to 1.2370 at the time of writing which is close to its lowest level in the last 12 months.

The Chinese economy is also struggling owing to the proposed tariffs on Chinese goods and this has been evident of some recent Chinese economic data.

Chinese PMI data for manufacturing has confirmed that this particular sector has contracted for the first time in 19 months and as the country is the second largest economy in the world any slowdown will also encourage global investors to move money in to safe haven assets or currencies with the Swiss Franc a huge benefactor.

The Trade Wars do not appear to be ending any time soon and with the Brexit being debated during the next two weeks could we see GBP/CHF exchange rates drop below 1.20 this month?

If you have an upcoming GBP/CHF currency transfer or would like to discuss Pound or Swiss Franc exchange rates further, please contact me directly using the form below: