Home GBPUSD Pound to US dollar rate hit by MPs not being able to... 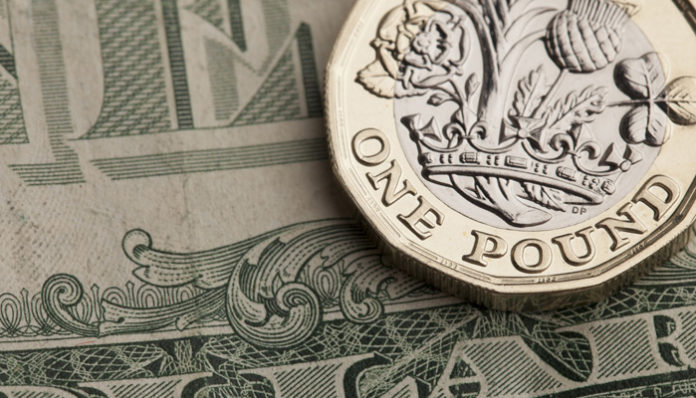 Last night within the House of Commons, members of Parliament were allowed a free vote on 8 different Brexit alternatives. It was no surprise that no single option gained a majority as MPs are so divided on what should happen next. The votes have created further uncertainty for the pound and consequently the pound to US dollar rate fell by 1 cent.

Even though the votes last night were key to the future direction of Brexit and therefore the value of the pound, it’s actually UK Prime Minister Theresa May that has stolen the front pages of the national newspapers. The Prime Minister announced yesterday that she will quit once her EU divorce bill is accepted and will therefore allow another leader to take control of the second phase of Brexit (trade deal negotiations). In addition this has led to senior Brexiteers to fall in line, including Boris Johnson and Jacob Rees-Mogg.

What next for Brexit?

The problem for the Prime Minister is the Democratic Union Party (DUP), which is the party that props up the Conservative Party to form a government. The DUP are still unhappy with the ‘backstop’ arrangement and leader Arlene Foster has confirmed the DUP will not support the third meaningful vote. Furthermore, Conservative MPs will be concerned that the DUP could eventually pull the plug on the partnership forcing a general election, which could cause chaos for the pound.

There are 3 potential outcomes moving forward; firstly Theresa May opens up negotiations once more with the EU and they find a common ground which leads to a concession in regards to the backstop and then MPs support the deal on the third time of asking. If this was to happen we could see the pound strengthen. Secondly, weeks pass and Theresa May can’t get her deal over the line, therefore MPs vote in favour of a long extension which leads to the resignation of the Prime Minister and it opens the door for many different scenarios such as a referendum or general election. If this was to happen, second guessing the direction of pound to US dollar exchange rates is difficult. Thirdly, officials in Brussels decide enough is enough and the UK crash out of the EU with no deal. This could be devastating for pound to US dollar exchange rates.

If you would like to know more about how Brexit is affecting Pound Sterling exchange rates and how these factors could impact your currency exchange feel free to use the form below to get in touch.