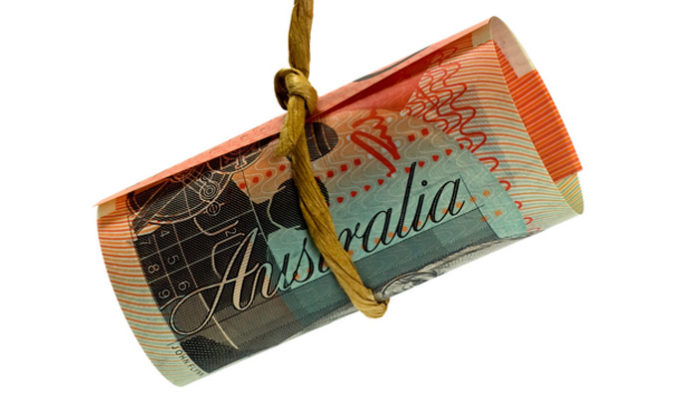 The Australian dollar has been sold off the morning after some disappointing inflation figures were released. The resulting sell-off pushed the pound to Aussie dollar up to 1.84 for a brief moment earlier this morning and this is the highest level seen in over 2-weeks.

Economists have been predicting up to two interest rate cuts from the Reserve Bank of Australia (RBA) this year, and the weak inflation data this morning seems to have confirmed the forecasts for rate cuts as the weaker than expected releases may push the RBA to move sooner rather than later to try and stop the economy from cooling off.

Quarterly inflation has dropped from 1.8% this time last year down to 1.3% this year on an annualised basis, with the level of inflation not growing at all in the first quarter of this year despite hopes of a 0.2% increase.

When this data was released the markets reacted straight away and at the time of writing the pound is up by almost 1% against the Aussie dollar, making the conversion of pounds into Aussie dollars a more attractive proposition.

The gains for the pound come at a time when sterling has come under some pressure as once again the UK Prime Ministers position is looking uncertain, this time from a grassroots level and Brexit uncertainty remains.

Economic data is light out of the UK this week, with no major economic data releases due out of significance. With a bank holiday in Australia tomorrow I would expect to see UK based politics remain the key driver for the pounds value this week, so if you wish to be updated in the event of a major market movement do feel free to register your interest with me.

Next week on Thursday could be very busy for GBP exchange rates due to the plethora of data releases due out. The Bank of England will take centre stage as the next interest rate decision along with forward guidance and a speech from BoE governor Mark Carney will give a speech. If you wish to plan around this event, do feel free to register your interest with me.

For more information on how these factors could impact your GBP/AUD currency exchange, please feel free to use the form below to get in touch. I’ll be happy to respond personally and discuss your requirements.