The extension was largely factored into the currency market as it moves on rumour as well as fact.

Brexit will continue to be a key driver on GBP/CAD, but the extension will ease investor concern that an unsatisfactory deal will not be rushed through and the probability of a No-deal has dropped.

I would not expect any significant movement in the pound’s favour unless there is firm news on Brexit progression. I think we may witness standard UK data release having slightly more clout now the extension has ben granted.

Escalating violence in Libya drives up price on oil

The Canadian economy is heavily reliant on oil as an export. Due to this any fluctuations in oil price can affect the Canadian Dollar.

There has been escalating violence in Libya as Field Marshal Khalifa Haftar and the Libyan National Army (LNA) seek to to take control of Tripoli and seize control of the country, sparking fears of civil war.

Due to this, oil production in the area has taken a significant hit and has boosted oil price due to the drop in supply. This has proved beneficial for the Canadian dollar against the majority of major currencies. It is worth keeping an eye on events as you would expect oil to become more valuable if there is a prolonged conflict with the value of the the CAD pushed higher.

If you have a currency requirement I will be happy to assist. If you would like to discuss sterling to Canadian dollar exchange rates in more detail please feel free to send me a message directly using the form below: 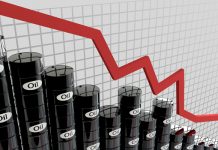