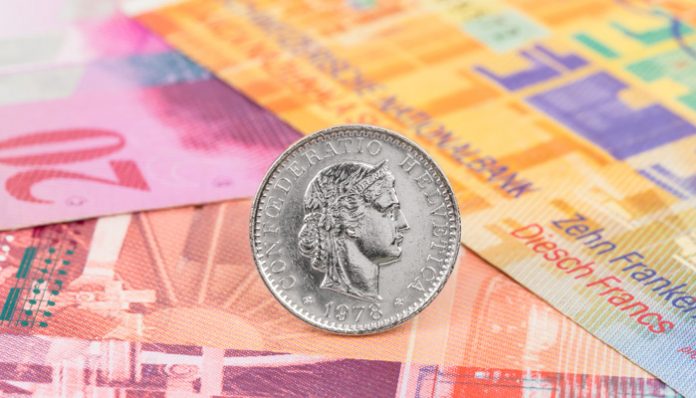 We have seen a fairly stagnant market following the Brexit extension until 31st October. Although a key factor on GBP/CHF economic date releases will now gain back some of their impact.

Yesterday saw the ease of House Price Growth data and figures dropped to a six year low. The average house price of across the UK grew by 0.6%, but property prices in the capital fell by 3.8%.

The lack of clarity surrounding Brexit is being labelled as the main catalyst. International and domestic investment is slowing and banks are more reluctant to hand out riskier mortgages.

UK inflation was released yesterday and remains at 1.9%. The Office of National Statistics (ONS) stated the following “Inflation is stable, with motor fuel prices rising between February and March this year, offset by falls in food prices as well as the cost of computer games growing more slowly than it did at this time last year”.

With the situation on Brexit and current economic data releases I would be very surprised to see any potential rate hikes from the Bank of England (BoE), which does not bode well for the Pound. CHF could be a popular destination for investors as the Swiss Franc is considered a safe haven currency. Due to global economic uncertainty we could see a rise in Swiss Franc value as investors avoid riskier currencies. The Pound can be considered risky at present with some traders referring to it as the Great British Peso.

Theresa May will continue negotiations with Corbyn in an attempt to come to a compromise on the deal that will be voted on by MPs in the coming weeks. If the parties fail to come to an agreement, alternatives will again be put forward.

If MPs fail to gain a majority by May 23rd then Britain will be forced to take part in European Elections. At this stage it will be clear if May and Corbyn have come to an agreement on the planned Brexit deal. Theresa May will then have some very difficult decisions to make. Resign, a second referendum, a general election or leave the EU with no deal. The majority of which has a strong possibility of weakening Sterling.

During such unpredictable times you need an experienced broker on board if you wish to maximise your return. If you have a pending currency transfer let me know the details of your trade I will endeavor to assist. There is no obligation to trade by asking for my help, I will provide a free trading strategy to suit your individual needs. To get in touch with me directly please fill in the short form below and I will respond personally.