The pound to Australian dollar exchange rate has fallen lower with rates falling to 1.8350 for the GBP to AUD pair. Sterling exchange rates are currently on a weaker footing ahead of today’s European elections. Voting has already started and will close at 10pm this evening and the outcome in Britain is likely to alter the political landscape in the UK when it comes to Brexit.

Will Theresa May resign? How could this impact pound to Australian dollar rates?

Prime Minister Theresa May is currently under immense pressure to resign following a speech she gave earlier this week which was received badly from within her party. Last night the Leader of the House of Commons Andrea Leadsom resigned stating concerns that the government will not be able to deliver Brexit under this Prime Minister. The pressure may have reached political boiling point and the result of these European elections could act as a trigger for the Prime Minister to jump or be pushed. As such it seems difficult to see anything other than a drop for the GBP vs AUD pair as the political situation continues to evolve.

The newly formed Brexit Party headed up by Nigel Farage is expected to perform incredibly well which would deliver a hammer blow to the traditional two political parties, Labour and Conservative. If there is to be a major movement towards the Brexit Party then high volatility for GBP/AUD rates is likely to prevail. A new leader that supports Brexit is likely to emerge whilst the option of no deal would also likely return to the table. Both elements carry risk for the pound and would likely see sterling exchange rates fall due to increased market uncertainty as to the final destination of Brexit.

The RBA could cut Australian interest rates in June

In Australia the Reserve Bank of Australia (RBA) have signalled its intention to consider an interest rate cut at the next meeting in June. The RBA had cut interest rates since 2011 following the financial crisis but paused in 2016. With a weakening outlook in the global economy the Australian dollar has been struggling and the US/China trade war has not been helping. The recent escalation with tariffs being imposed on both Chinese and American goods highlight this trade war may have further to go.

The recent executive order from Donald Trump that now restricts US firms dealing with Huawei highlights the tension in these talks. The markets now await a G20 summit in Japan where both leaders will try and find a compromise on the important issues. Any progress would be seen as positive for Australian dollar exchange rates.

If you would like to learn more about the events affecting GBP/AUD rates or discuss this pound to Australian dollar forecast, feel free to ask me a question directly using the form below. I look forward to hearing from you. 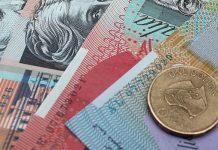