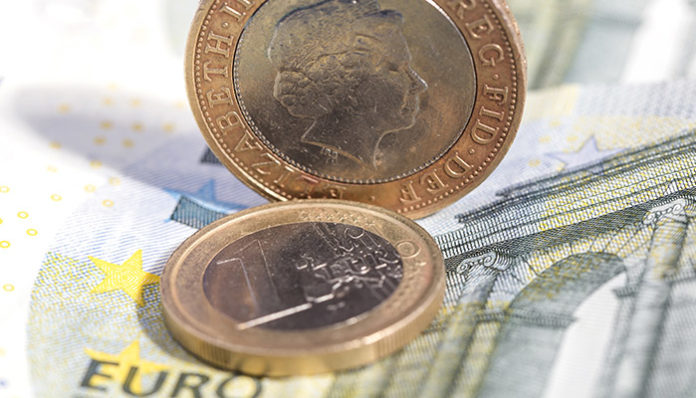 GBP/EUR rates have fallen to a low of 1.1121 today, with the pound struggling to make any inroads against the EUR so far this week. In truth, GBP/EUR have remained extremely rangebound over the past couple of weeks, with no clear trend being defined following the pound’s downturn last month.

With Boris Johnson now the overwhelming favourite to take up the position in number 10 when the final results are in on July 22, it will be interesting to see how the markets react to his pending appointment. With the PM’s Brexit mandate likely to take centre stage, whoever takes up the mantel will be tasked with trying to break the current stalemate in parliament.

This will be essential if the UK has a realistic hope of leaving the EU with a deal by the revised deadline of October 31st, a scenario which would ultimately remove a no deal Brexit outcome.

No Deal threat: How could this influence Pound to Euro exchange rates?

Historically, the threat of no-deal has proved to be of detriment to sterling. If we do see a deal agreed then the pound may have more of a chance to recover some of its losses, but how far it can go is certainly up for debate.

However, the flip side to this is that Boris Johnson has been the most vocal of the candidates when it comes to the UK leaving the EU with no-deal. Chancellor Philip Hammond stated that the UK could lose up to 90 billion from its economy each year if the UK does leave without an agreement, a figure which will likely cause a huge amount of concern amongst investors.

The current uncertainty is unlikely to lend itself to a boost in confidence for the pound vs the euro in the short-term and despite the on-going economic issues inside the Eurozone, investors currently seem to be viewing the UK’s predicament as the more concerning.

If you would like to learn more on current factors influencing current GBP/EUR exchange rates, or have an upcoming currency transfer, feel free to contact me directly using the form below.