Home Economic announcements Pound to US Dollar predictions: Will the pound fall further against the... 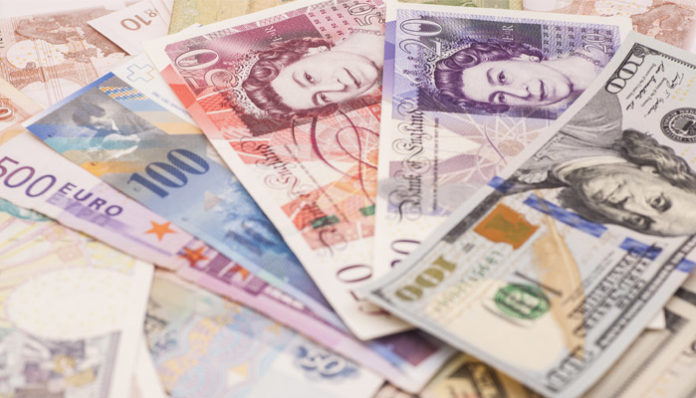 The pound has had a torrid time against the US dollar for the last 4 months. GBP/USD (cable) mid market exchange rates have dropped approximately 5.5%. To put this into monetary value a $250,000 purchase is now just under £11,000 more expensive.

It’s been heavily documented in previous articles and mainstream media around the globe, the on going Brexit saga is having a major impact on the value of the pound. Bookmakers are predicting that Brexiteer Boris Johnson will be taking over the Conservative Party and as we know, the former Mayor of London’s approach will be extremely different to outgoing Prime Minister Theresa May. The closer we get to the end of October and a deal not being in place, I expect the pound could lose further value.

Last weekend Presidents Donald Trump and Xi Jinping of the USA and China met at the G20 summit and reports are suggesting the talks went well. Mr Trump has announced that talks will begin once more to bring the ongoing trade war to an end, but he did confirm this wouldn’t be rushed. In regards to exchange rates, if the leaders of the two largest economies can reach an agreement sure this is a good thing for the US dollar.

Fed interest rate decision this month: How could these affect Pound to US Dollar rates?

Looking further ahead the major talking point this month will be the US interest rate decision at the end of the month. Mr Trump has made it clear that he believes the strong US dollar is having a major impact on the US economy therefore he wants the Federal reserve to cut interest rates. He even went on to say that he believes President Mario Draghi of the ECB should take over the federal reserve. It looks like the Fed will cut by 25 bps and this may be priced in before the event. However if a surprise cut of 50 bps materalises this could weaken the dollar dramatically.

In regards to the UK, the Tory leadership contest is the major talking point. The 160,000 Conservative MPs will vote on who they want to be the next PM. With the pounds fall in value over the last 6 weeks, I believe the market has priced in a Boris victory. However if Jeremy Hunt wins this could have a positive impact on the pounds value as he’s not keen on crashing out of the EU without a deal. If you would like to keep up to date on factors influencing GBP/USD exchange rates, or have an upcoming currency transfer, you can contact me directly using the form below.