Home GBP-EUR Pound to Euro exchange rates: GBP trading around 1.0850 on the interbank...

The pound has threatened to stage a fightback against the EUR on more than one occasion this week, but as of yet, has failed to sustain any significant gains against the single currency.

Pound to euro exchange rates are trading around 1.0850 on the interbank exchange, with the EUR continuing to find plenty of support around the current levels. 1.09 has offered plenty of protection this week for EUR sellers, with the single currency thus far withstanding any real downturn. Those clients holding sterling may be relieved that the pound has manged to curb any further aggressive losses, following last week’s deterioration.

Whilst this may help to pacify some for now, the longer-term outlook for the UK economy is clouded with uncertainty. Opinions have varied in regards to the current trend and how much further GBP could potentially fall?

Pound to Euro forecast: What is the likelihood of a no deal?

Berenberg bank in London is predicting that the odds of a hard Brexit have now increased to 40%. They, among others have alluded to the fact the UK could be set for another general election before the end of this year. This makes sense when you consider the government only have 1 seat majority in Parliament.

New Prime minister Boris Johnson may well look at a general election as his only realistic chance of building a firmer mandate, which he is likely to need in order to give him a stronger position inside Parliament over Brexit and any future legislations he wants to introduce.

With no major events over the coming weeks, market trends could well be driven by any further indications given by the PM as to how the UK intends to embark on its Brexit withdrawal, and whether a no deal outcome is indeed a realistic outcome. If you have an upcoming currency transfer and would like to learn more regarding factors influencing GBP/EUR rates, feel free to contact me directly using the form below. 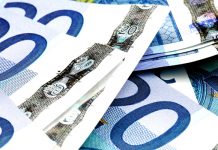