Home Brexit Pound to Euro rate: Could next month’s Brexit deadlines result in some...

Pound to Euro: Key dates for Brexit and the potential impact

The pound to euro rate currently sits at 1.1254, at the time of writing, as the pound lost some ground against the euro at the end of last week’s trading. We’re now just one month away from the next Brexit deadline and at the moment it’s still up in the air as to what will happen. Potentially, the two key dates over the next month may be the 31st of October (the date the UK is expected to leave the EU) and also the 19th of October. If the UK government hasn’t agreed a new deal with the EU by the 19th then they must request another extension so there could arguably be more volatility around this time.

Over the weekend Prime Minister Boris Johnson reiterated his belief that a deal can be arranged with the EU in time, and he also announced that he won’t be stepping down if he is required to request another Brexit extension. He had previously announced that he ‘would rather die in a ditch’ than do this but his rhetoric appears to have changed around the subject.

Over the next few days the Tory conference will continue to take place although the first day was overshadowed by new allegations against the PM regarding a private lunch between him and a female journalist 20 years ago. He does appear to have a number of ongoing issues which could distract him from his main objective which isn’t making his job easier.

Overall, the pound to euro rate has risen from its annual lows which were stuck during August, and the currency pair appears to have consolidated around the 1.12 to 1.13 level. As previously outlined there could be potential for some market movements during October. Please feel free to register your interest with me if you wish to be updated in the event of a major market movement.

If you would like to know more about GBP/EUR rates or have an upcoming currency transfer, feel free to contact myself using the form below. I look forward to hearing from you. 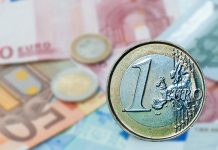