Pound to euro exchange rates have been rising on the loose expectations of a deal between the United Kingdom and the European Union. Pound to euro interbank rates rose to over 1.13 in yesterday’s trading, only to fall back to the higher 1.11’s, before staging a late recovery back towards the 1.13 mark and settling in the 1.12’s. What can we expect next?

The rest of this week will see attracted attention from the Conservative Party Conference with the Boris Johnson’s speech due today. The pound has at some points been weaker owing to the prospect of no-deal which Boris Johnson had been a key champion of. The link between Boris and no-deal, which had generally seen the pound weaker, may well come into play.

Having said that, sterling had been stronger on comments Boris Johnson was looking to make a deal with the EU and find a solution on the Irish backstop. Generally speaking, the pound to euro rate has risen when there has been signs of a deal being reached, whilst increased no-deal prospects had seen the pound lower.

The euro is not immune to trouble, with markets fearful over the economic outlook ahead. GBP/EUR rates have been lifted by uncertainty both politically and economically in Europe, as fears over a German recession and worries over the upcoming Spanish election in November become factors for the market to be conscious of.

What lies ahead next will be largely determined by multiple factors, including Brexit and events in Europe. The global economy is in a tricky position and the currency market in reflecting the development of various economic, political and global events, will continue to react to this ever changing world.

If you would like to know more or have an upcoming currency transfer and would like to save money when compared to using your high street bank, feel free to contact our team of currency specialists using the form below. 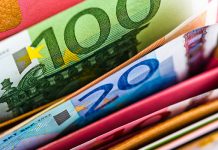 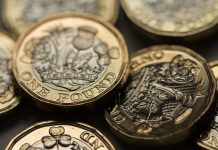