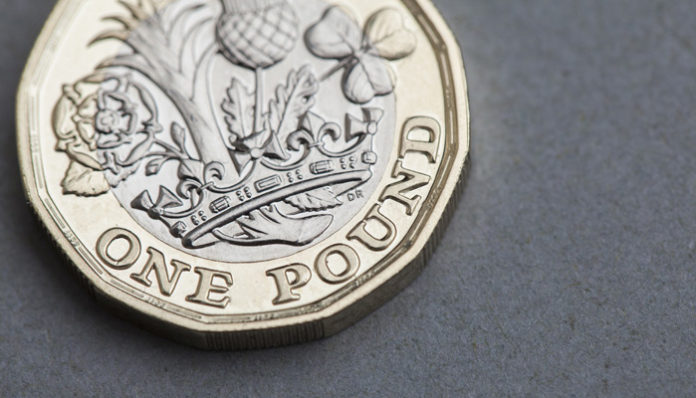 An early general election looks all but certain after Labour leader Jeremy Corbyn announced that his party was ready to back a pre-Christmas poll. With a no-deal off the table thanks to the EU’s three-month extension of the Brexit deadline, Mr Corbyn stated that he is ready to fight the “most radical campaign ever”. News that Labour MPs had made a U-turn and would back the motion for an early election gave the pound a boost, causing the pound sterling to US dollar rate to steady.

The potential for further political uncertainty wasn’t enough to suppress the pound in the immediate term. However, the next few weeks might be a different story, after MPs finally backed legislation yesterday evening that paves the way for the first December election since 1923. If approved by the Lords, a five-week campaign will commence up to polling day.

The release of an underwhelming UK consumer credit report yesterday meant any positivity in the pound was limited. The rate at which Britons are borrowing on credit cards and loans has slowed to its lowest level in five years. Figures from the Bank of England’s latest Money and Credit report revealed that consumer credit growth slowed to 6% in the year to September – its lowest level since 2014. The Central Bank stressed that the credit slowdown has occurred for “almost three years”, as consumers reduced borrowing in response to Brexit-fuelled uncertainty.

The Brexit saga’s enduring influence over the GBP vs USD rate isn’t the only factor impacting the pair, although it is the most influential. Over in the US, consumer confidence unexpectedly fell for the third consecutive month in October, amid concerns around the short-term outlook for business conditions and job prospects. The Conference Board revealed that the consumer confidence index edged down to 125.9 in October, compared with 126.3 in September.

The US dollar eagerly awaits the outcome of this afternoon’s US Federal Reserve interest rate announcement, with a further cut already priced into the market.
Tomorrow sees the release of GfK UK consumer confidence index, which could trip up the pound if – as expected – it dips from -12 to -13 for October; an outcome that would reinforce the belief that uncertainty surrounding Brexit is having a detrimental impact on the UK economy.

For more information or if you have an upcoming currency transfer and would like to save money on when compared to using your high street bank, please contact one of our currency specialist using the form below.