Home GBP-EUR Pound to Euro Forecast: Will the Conservatives Win a Majority?

The pound to Euro exchange rate has started the week on a stronger footing despite a poor end to last week. UK purchasing Managers Index data for the manufacturing and services sectors dipped into weak territory falling to 48.6 and 48.3 respectively. Anything below 50 represents contraction in the sector which is why the markets took stock of the data. The weak number puts the UK on course for a contraction in GDP for the fourth quarter which pushes the country closer to a recession.

How Will the General Election Affect the Pound?

The UK general election continues to be the main focal point for GBP to EUR exchange rates and an important YouGov poll to be released this week could help shape the direction of travel for GBP vs EUR. With just 17 days to go for the time being the Conservatives are expected to win a small majority although it will be the extent of that majority which is likely to determine how things move forward from here. Data modelling form Datapraxis suggest the Conservative will win a comfortable majority although with Brexit possibly the overriding factor in this election the result is difficult to predict. A landslide majority for example could carry major implications for the pound with some suggesting it would be seen as a stable government and that the pound could soar higher. Those with pending requirements would be wise to plan around this major event as high volatility in the run up to the event and early morning of 13th December is to be expected.

The next round of TV debates will take place on Friday although this time it will include leaders from opposition parties with a seven way podium debate. Any major blunders or newly found support for political leaders could result in movement for sterling exchange rates.

What Is Happening in the Eurozone?

The Eurozone meanwhile received very weak data for its manufacturing sector last week with the PMI numbers falling to 46.6 indicating contraction in the sector. Manufacturing orders fell to their lowest levels for five months highlighting how the US China trade war and Brexit are having a negative impact on the EU economy. Data is light this week for Eurozone economic data with focus moving to consumer confidence numbers on Thursday and inflation and unemployment data on Friday. 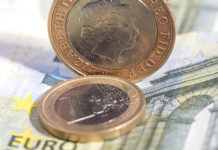