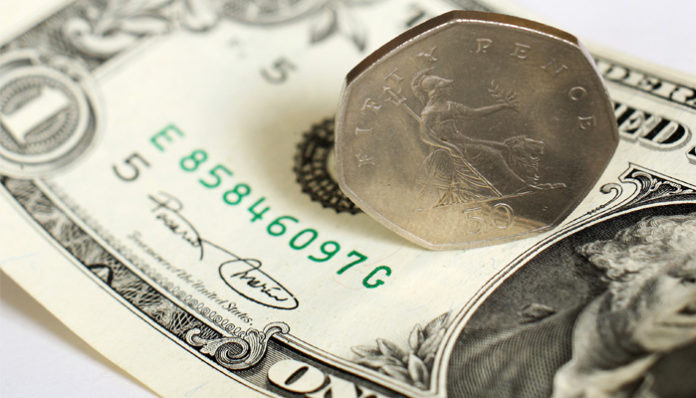 The results are in and the Conservative party has achieved what it set out to do six weeks ago, by winning a huge majority that gives Boris Johnson the platform he needs to “get Brexit done”. Our faith in opinion polls has taken a battering in recent years, following a series of wayward predictions. This time around, however, the political surveys were consistently accurate, giving the pound v dollar rate some much-needed support during the campaign period. The pair subsequently hit seven-month highs (around $1.32), as the Brexit train gathered momentum on the back of suggestions the Conservatives were on track to triumph.

GBP Breaks 1.35 Barrier Against the USD

The US dollar picked up even more pace this morning as news of the historic Conservative victory broke, pushing the GBP vs USD rate over the 1.35 level briefly for the first time since May 2018; its biggest rise since 2017. Mr Johnson’s gamble of calling a snap election based on breaking the Brexit deadlock has paid off, ridding the UK political landscape – and the pound – of the uncertainty that has plagued it for so long.

The pound made most of its gains on Thursday evening, immediately after the exit poll hit the headlines, which showed the Conservatives were on course for a majority of 86. It managed to maintain its form throughout the night as the results rolled in, confirming that the Conservatives had won its largest majority since 1987. Armed with the clarity it craves, the pound is now able to build on its impressive gains against the US dollar, with some analysts predicting it could hit $1.40.

The news signals an end to the parliamentary gridlock over Brexit, which has led to significant uncertainty for UK business and cast a shadow over the British economy and the pound. According to the director-general of the Confederation of British Industry: “It certainly narrows the future options, and I think the fact that we now have a prime minister with a very strong mandate to govern is welcome. It’s a question of how it’s used and the real work I think starts now”.

Pound to US Dollar Forecast

The pound to us dollar rate will undoubtedly revel in short-term gains now that Mr Johnson is all but certain to take the UK out of the EU by the January deadline. However, doubts remain around the next phase of Brexit – the future relationship – but with a large majority in the bag, the government is well-placed to negotiate trade deals. We may even experience a quick budget that aims to inject the economy with some added impetus, giving the pound even more reason for cheer.

If you would like to learn more about what may affect the GBP/USD rates or have an upcoming currency transfer, please contact me, Tom Holian, using the form below.