Polls Continue to Point to a Conservative Majority

Prime Minister Boris Johnson remains on course for a parliamentary majority when the public cast their vote next week. A new poll released by ComRes on Wednesday evening indicated that the Conservatives currently hold 42% of the popular vote, compared to 32% for Labour. The pound – which is likely to benefit from a Tory majority and their commitment to “get Brexit done” – subsequently advanced to its highest level against the dollar since 06 May yesterday morning.

Election optimism for the pound comes amid fresh signs of weakness in the UK economic weakness. This week’s IHS Markit PMIs suggested the domestic economy contracted in November and that it might suffer another decline in the fourth quarter – that would represent a second contraction this year. Not that the pound seemed to care, as it concentrated on the steady stream of polling data.

China’s Ministry of Commerce confirmed that senior officials from the world’s second-largest economy are in close contact with their US counterparts about a ‘phase one deal’. The statement from Beijing comes in the wake of comments from Donald Trump, who told reporters at the NATO summit in London that “it might be better to wait” until after the 2020 presidential election to conclude the deal. Tariffs continue to prove a sticking point for the two rivals. China has previously warned the US that they would need to be “removed” for it to agree a deal with them.

There was plenty of economic data for the dollar to digest yesterday: the US trade deficit has shrunk to its lowest in 16 months, jobless claims tumbled to near a 50-year low and new orders for US-made goods rebounded in October after two straight monthly declines. Any impact on the pound to US dollar rate was minimal, as the UK election continued to dictate its value.

November’s much-anticipated Non-Farm Payroll report hits the headlines this afternoon. The report is monitored closely by the US Federal Reserve and could influence their monetary policy as we head into a new year. A busy day in the US also sees the release of Average Hourly Earnings figures and the Michigan Consumer Sentiment Index.

Investors in the pound must wait until Tuesday for any data of note, so will remain focused on the latest election polls.

To learn more about factors influencing GBP/USD exchange rates for an upcoming currency transfer, contact myself Jonathan Watson, using the form below. 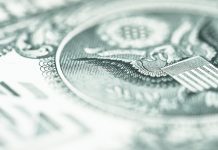