Rising odds of a Bank of England (BoE) interest rate cut this month, and downbeat comments from the Sajid Javid, combined to drag the pound to US dollar rate below 1.30 on Monday morning. The UK Chancellor raised fears of a hard Brexit by warning business that “there will not be alignment” with the EU after Brexit and insisting firms must “adjust” to new regulations.

The UK economy received a ray of light on Tuesday, following a run of concerning data releases the previous week that had fuelled interest rate speculation. News that the official UK employment rate hit a record high at the end of last year, was the catalyst the GBP vs USD rate needed to take it clear of the 1.30 level.

The pound to dollar rate’s upward trajectory was given added momentum on Wednesday, when it was revealed that UK public sector borrowing has risen significantly in the financial year to date, compared to 2017/2018. It also took comfort in the latest Confederation of British Industry survey, which pointed towards improved confidence in the economy.

The chances of a rate cut continued to be staved off by encouraging data on Friday, when the composite PMI reading indicated that the UK economy has returned to growth in January, hitting a 16-month high. The services sector performed particularly well, reaching a 16-month high of its own, while manufacturing rose to a nine-month high.

A lack of data to drive the US dollar’s fortunes at the start of the week – in part due to a bank holiday on Monday – meant it had to wait until Wednesday for the first release of significance. According to official figures, US home sales surged to their highest level in nearly two years in December. The latest report from the National Association of Realtors complimented government data from last week that showed homebuilding raced to a 13-year high at the end of 2019.

At the US Federal Reserve’s last meeting, policymakers appeared confident that they should leave short-term interest rates at 1.5% to 1.75% throughout 2020. However, President Trump continued to question the central bank’s stance on the subject during an interview on Wednesday and called for lower rates in the future; a move that is likely to put pressure on the value of the dollar.

The pound must wait until Thursday for any action in the economic data calendar when the BoE announces its latest interest rate decision. Disappointing data and pessimistic rhetoric from MPC members have raised speculation that we could be set for a cut in the cost of borrowing, to boost the UK economy. However, this week’s encouraging releases have given policymakers plenty of food for thought.

This brings us to the big day on Friday. After more than three and a half years of delay and uncertainty, Brexit will finally happen now that Boris Johnson’s deal is officially law. While this went largely unnoticed by the pound earlier in the week, having already been priced in by currency markets following the Conservatives election win, it will trigger a fresh period of uncertainty. That’s because the hard work is far from over for Mr Johnson, who now must negotiate a trade deal with the EU before the end of the year.

The US calendar kicks off with the release of New Home Sales figures on Monday. A busy week for the dollar is dominated by Tuesday’s Nondefense Capital Goods Orders (excluding aircraft). 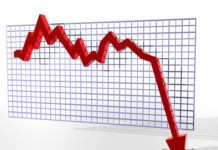 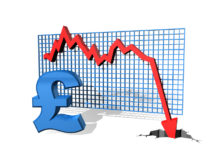