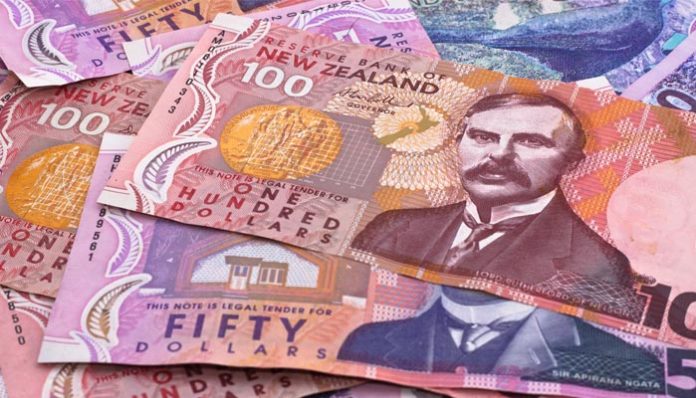 As the trading week reaches the close, the New Zealand dollar still fares no better than how it started the week. After a week revolving solely around the outbreak of the coronavirus, the currency has struggled to make any headway as little signs of improvement concerning the disease are evident. In fact, the opposite is true, with new cases breaking out across the globe, in Italy, the USA and Norway. The latest statistics suggest that the rate of infection is higher now that the disease has left the containment of China as it spreads across the world. Yesterday, the New Zealand dollar fell on a growing realisation that the coronavirus will have a far longer impact than the previously hoped for short, sharp shock to the economy.

Kiwi set to suffer for longer than expected, as coronavirus reaches near pandemic level

The kiwi was trading at 48.57 British pence from 48.67 yesterday, the figure was already low, and the currency looks to be spiralling further and further down. The lack of a break in the negative headlines surrounding the coronavirus has kept NZD under pressure throughout the resurgence of the disease. The domestic currency has fallen from a high of 67.55 against the US dollar on December 31, according to Refinitive data, and is now at its lowest levels since October. Martin Rudings, an adviser at OMF, noted that the market is waiting for the World Health Organisation (WHO) to officially declare the COVID-19 strain of coronavirus a pandemic. The WHO’s director general Tedros Ghebreyesus highlighted earlier on Friday that the outbreak had reached a “decisive point” with “pandemic potential”.

Spread of the disease is occurring much faster than anticipated

The origin of the coronavirus started in Wuhan, China, where cases were popping up at a worrying pace. However, since the disease has left the confinements of China, the infection rate has been observed to be spreading quicker than ever. Italy has been the most affected country within Europe, with quarantines shutting off towns near Milan and Venice. Meanwhile, South Korea recently declared a state of emergency as their cases rose from single to double figures almost overnight.

The latest figures show more than 83,000 people have been infected with the virus, deaths are approaching 3,000 and cases have been reported in 54 countries. As a result of this, the market could be expecting the impact of the disease to be a longer process than before, which may spell more downturns for NZD.

To discuss how these and other factors could impact your upcoming currency exchange, feel free to get in touch with me directly, Matthew Vassallo, using the form below.

Pound to Euro Rate: GBP Continues to Gain Value Against the Euro