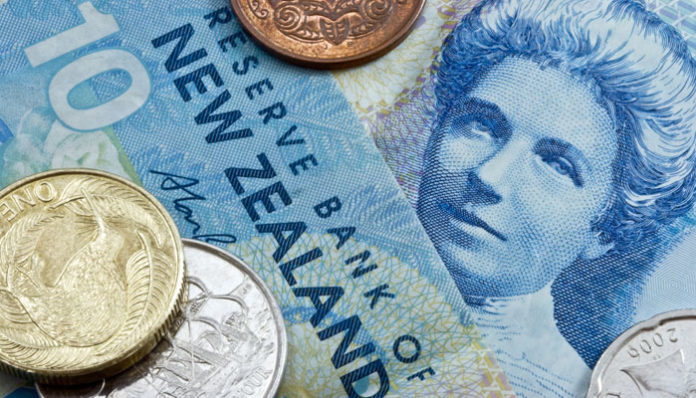 The considerable drop in confidence amongst business leaders across the UK as reported by Lloyd’s during yesterday afternoon’s trading has seen the pound weaker against it’s commodity-based counterparts, the New Zealand Dollar included.

The Kiwi has managed to chip away at sterling which was forced to retreat from the multi-year highs we saw last week with GBPNZD falling down to the 2.07s from 2.10 when looking at interbank rates of exchange (GBP -1.35% against the NZD).

Indeed, Lloyd’s business confidence index hit -3%, it’s lowest point since the financial crisis well over a decade ago and casting a worrying light over how the UK economy will fair in the weeks and months ahead despite the government and the Bank of England’s unprecedented attempts to prop up the economy.

It goes some way to highlight however just how little faith investors seem to be holding for the global markets given GBPNZD is still trading close to the best levels since the referendum vote.

What Is to Come for the New Zealand Economy?

It might also be reflecting the market’s fears of a rocky road ahead for New Zealand’s economy. Just this morning, heavy weight Air New Zealand has stated it will start cutting jobs this week to try and cover the $5bn blackhole Covid-19 has created for them, given international travel used to equate to more than 2/3rds of their revenue.

Evidently the governments $900 million loan and salary support has not been enough to stop the airline from cutting it’s head count by a projected 35%. The worry is then, what other market leaders and industries might start taking the same step?

The Reserve bank of New Zealand has committed to a weekly asset purchasing scheme to help encourage banks to fund their large corporate clients through this uncertain period.

It will be interesting to see if this in time helps reverse the trend against the kiwi. For now, those looking to buy NZD with GBP might look to plan around this evening’s Consumer confidence release by the ANZ. It is worth noting this month’s credit card spending release surprised the market with a -2.5% reading, potentially reflecting a cautious consumer outlook which wouldn’t be surprising with everything going on.

If you are looking at executing a NZDGBP trade however, this Friday’s services release could have the potential to move the markets and set the trend for the month of April given the service sector represents a commanding weight of UK GDP. If the business confidence release (Markit services PMI) from earlier in the month was anything to go by, which had already shown a drop from market expectations back at the start of March, a slow down in the services sector could well be expected. If you do indeed have a New Zealand dollar requirement and would like to discuss your options, feel free to get in touch using the form below.