The pound to Australian dollar (GBP/AUD) exchange rate held steady yesterday following the release of the Reserve Bank of Australia’s (RBA) emergency rate cut. The cut saw the rate drop from 0.50% to 0.25% in a shock cut which has left investors digesting the news well into today. Yesterday saw the GBP/AUD exchange rate trading at a level of AU$2.0232, despite being as high as AU$2.078 earlier in the session. Australia had already cut their rates earlier in the month from 0.75% to 0.50%, but this new cut now has the market perceiving the RBA as ‘throwing whatever they can’ at the coronavirus crisis in an attempt to offset the damages to the Aussie economy. Meanwhile, in the UK, the Bank of England announced an emergency rate cut yesterday which saw the UK interest rate drop to 0.1%. This helped boost GBP as the government planned to boost their QE methods in order to combat the negative effects of the coronavirus outbreak.

Yesterday saw the Australian central bank cut their interest rates in an emergency decision for the second time this month. The previous cut earlier in the month saw the rate slashed from 0.75% to 0.50%. However, in yesterday’s shock cut, the RBA announced that Aussie rates had now been reduced to 0.25%, the lowest figure on record. This step was taken in order to try to protect the Australian economy from the fallout of the COVID-19 virus. Policymakers in Australia are well aware of the potential the coronavirus has to plunge most of the world into a recession.

In making the call, the RBA’s governor Phillip Lower stated “The coronavirus is first and foremost a public health issue, but it is also having a very major impact on the economy and the financial system. He further added that “at some point, the virus will be contained, and the Australian economy will recover. In the interim, a priority for the Reserve Bank is to support jobs, incomes and businesses, so that when the health crisis recedes, the country is well placed to recover strongly”.

Meanwhile, in the UK, the GBP remains well positioned against AUD, but in wider trading, Sterling continues to struggle after the sharp sell-off witnessed on Wednesday. Wednesday also saw UK PM Boris Johnson announce that the UK plans to step up its response to the coronavirus outbreak. He noted that all schools in the UK would close for an indefinite period from today. The PM noted that the UK would take a stricter stance in tackling the disease, which has left many investors questioning the potential for a lockdown in London in the coming days to halt the spread of the virus.

Added to this, Thursday afternoon saw the Bank of England cut interest rates to 0.1% and increased its government and corporate bond holdings by £200BN in an unanimous decision in a bid to fend off the negative effects of the COVID-19 outbreak. The total value of bonds the Bank will now hold is therefore taken up to £645 billion and should provide enough demand to push the yield paid by the government and corporates lower. The move was made by the UK central bank in a bid to offset the damage caused by COVID-19 and looks to have sparked investor optimism in the pound once more.

For more Pound and AUD news, keep up to date with our daily blogs here alternatively if you have a currency requirement you can get in touch on +44(0)1494 360 899 to discuss these factors in more detail.

If you have an upcoming currency transfer and would like to know more on the factors influencing GBPCAD exchange rates, feel free to contact me directly using the form below. 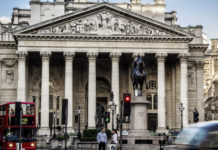 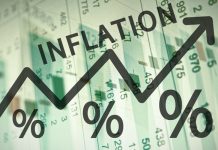