On the last trading day of the week, the GBP/AUD exchange rate looks to be struggling despite the UK’s recent announcement of an economic stimulus. This week had been important for the UK, in which the nation saw an aggressive interest rate cut from the Bank of England and an unveiling of a mega budget aimed at boosting fiscal stimulus as a direct response to the threat of the coronavirus. However, the market is noting that both the Australian dollar and pound sterling received a boost through stimulus but still remain very much under threat by the COVID-19 outbreak. As a result, the GBP/AUD exchange rates movement has been limited in recent sessions, investors of both currencies anxiously await developments in the disease crisis for direction up ahead.

AUD hit the hardest of the two through risk aversion

The Australian dollar continues to feel the impact of the coronavirus and has been hit harder than most other currencies including GBP. As a risk-sensitive currency, the Aussie lost out way back when the virus originated in Wuhan, China when the markets risk sentiment switched from ‘on’ to ‘off’, meaning investors were less open to taking risks with their investments and instead avoided the higher yielding currency. Since little let-up has been witnessed from the virus, with numbers across the globe only rising, the struggling currency has had little chance of recovery and has since remained at the bottom of the major currency pile. Despite the RBA announcing a stimulus plan which gave the currency a small boost this week, the Aussie dollar looks to remain under pressure ahead.

GBP sustains gains on AUD this week, but sees pressure up ahead

Meanwhile, for the pound, GBP investors saw the government introduce a 50bps rate cut this week which sunk GBP’s value shortly after announcement. The cut came a week or so prior to the official monetary policy meeting at the Bank of England in what was reported as an ‘emergency’ cut. Wednesday also saw the release of the 2020 budget presentation, the UK government displayed a planned boost to spending and fiscal stimulus which helped the pound edge higher as investors optimism grew. However, despite the GBP gaining on greener pastures, the coronavirus situation only got worse, with UK PM Boris Johnson calling an emergency Cobra meeting on Thursday which saw the UK stance on the virus switch to the delay phase in the containment of the coronavirus, something which has sparked panic once again.

For more pound and AUD news, keep up to date with our daily blogs here alternatively if you have a currency requirement you can get in touch on +44(0)1494 360 899 to discuss these factors in more detail.

If you have an upcoming currency transfer and would like to know more on the factors influencing GBP/AUD exchange rates, feel free to contact me directly using the form below. 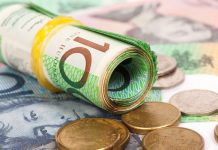 GBP to AUD Rate: Pound vs Australian Dollar Back Above 2, but Could Chinese Economic Data Support the AUD?