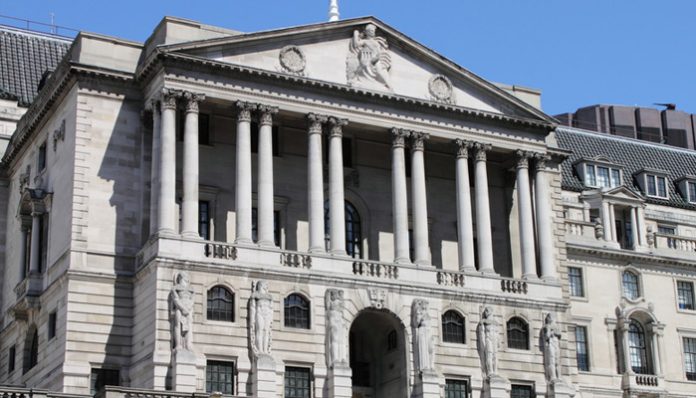 Pound Sterling has endured further losses against the euro this morning, alongside many other major currencies following the rising expectations that the Bank of England (BoE) is likely to introduce a scheme of new quantitative easing (QE) methods to help support the UK financial system in the near-term. Should this be the case for sterling, markets are expecting a drop in GBP as QE methods were introduced back in the 2008 crisis which resulted in a huge slump in the British currency. Expectations for the BoE’s ‘quantitative easing’ methods could be one of the reasons the reason for the recent weakness in the British pound. Meanwhile, the euro continues to benefit from GBP’s downfall, with the demand for euro firmly intact from the liquidation of investor stocks as the market continues to crash.

Sterling’s weakness looks set to continue throughout the week. Losses against the euro have also been sustained, with hints of quantitative easing from the Bank of England (BoE) putting more pressure on the British currency in the near future. Analysts at Bank of America Merrill Lynch have advised their clients that the pound is particularly vulnerable to the introduction of QE. A similar bout of quantitative easing was introduced in 2008 during the financial market crisis which saw the pound drop significantly, and a similar drop is expected if QE is once again brought to the UK table.

Quantitative easing is the process of printing money by a central bank which is then used to purchase financial assets such as debt issued by corporates and the government. The rising demand placed on these assets in turn lowers the yield those assets pay, which makes them less desirable to foreign investors who might have bought them in the past to earn a return.

Meanwhile, as the pound falters, the euro has harboured its strength in the EUR/GBP exchange rate pairing and has edged over the British currency. The pound to euro exchange rate was slammed on Monday amidst the ongoing slump in global stock markets which often tends to go hand-in-hand with lower strength in the pound. The exchange rate dropped to a low of 1.0933, which is 1.54% lower than the level it opened the week with. EUR investors will be keen to observe the performances of the stock market as the single currency continues to benefit from the liquidation of investor stock capital into repatriated euros as the global stock markets dwindle. The demand for the euro looks firm and if this trend continues, the distance between GBP and EUR is likely to continue to widen.

If you’d like to discuss these factors and how they could impact your currency exchange, you can get in touch to ask a question using the form below. I’ll be happy to contact you personally and discuss your enquiry.