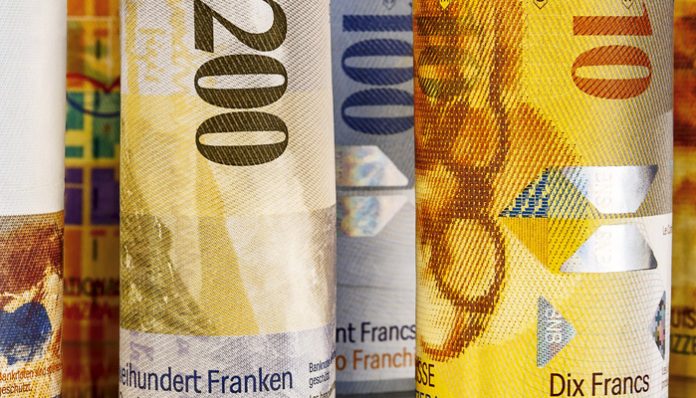 The pound to Swiss franc exchange rates over the past month have followed a very similar patterns to many other currency pairings involving Sterling such as GBP/EUR and GBP/USD. The start of March saw rates at 1.24 which is mid-range over the past 3 years but swiftly plunged over 10% to 1.11 on the 19th March – the same day that the GBP/EUR and GBP/USD all arrived at their multi-year low. In comparison to the Swiss franc, this was a record low never reached before but has since been making considerable and consistent progress to the 1.20 level seen at the end of yesterday’s trading which makes up 70% of the footfall already and is continuing to make inroads into the CHF.

The franc in the FX industry is considered a safe haven currency. This means that in times of global uncertainty such as the COVID-19 pandemic, investors look to the purchase currencies such as the CHF, USD and JPN because they are not as volatile and as sensitive as other currencies such as the GBP at the moment. Whilst the GBP/CHF rate has of late been regaining lost ground, as the virus worsens and at some stage reaches its peak, it may prompt investors to sell off pounds and commodity currencies into more reliable forms which historically are more resilient. This could trigger a reduction seen in the current rates but the full extent of the pandemic is yet to be determined and the UK, having seen the effects when the epicentre was based in Europe, entered into lockdown earlier than their continental counterparts so could invariably be better off in the long run.

Sterling’s significant market movements since the outbreak first starting gripping global economies can partially be attributed to the fact that as a nation, the UK imports more than it exports with exports at $395bn and imports at $617bn in 2017 according to the OEC. Therefore, the UK is quite heavily dependent on global trade and investments to continue to function and hold it strength. Unfortunately, with the Coronavirus reducing trade and transition of goods and services, in some cases to standstill, the Pound fell, at least temporarily, in freefall against many major currency pairings this month.

This was then bolstered by the present Coronavirus statistics as the UK is in lockdown with 1789 deaths and 25150 cases whilst Switzerland stands at 395 deaths and 16186 cases as of yesterday. News sources such as the BBC have stated that the UK could potentially be just two weeks behind Italy for its social impacts and appears, to some degree, to be heading on that path so the potential for Sterling’s continued gains over the CHF could be short lived.

If you have a currency requirement and would like to discuss your options, feel free to get in touch using the form below.