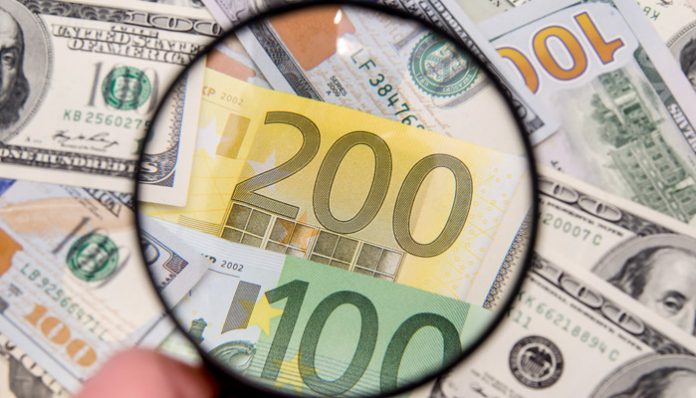 The pound to Euro exchange rate has risen back above the interbank rate of 1.14 towards the end of this week, as investors concerns over the Euro resurface. The pound has had a mixed week of fortunes, rising and falling in line with changes on sentiments towards how the UK economy is responding to the Coronavirus.

It is notable that yesterday saw a series of quiet shocking economic data releases for both the UK and the Eurozone, its seems the UK was gently let off the hook since the pound did make gains against the Euro.

The latest preliminary ‘PMI’ data sets, following the Purchasing Manager Index surveys all pointed towards a growing concern ahead. On a measure of 1 to 100 where anything below 50 represents contract in the sector, yesterday the UK showed a record low of 12.3 and for the Eurozone 11.7.

With both these numbers representing record lows, it is clear there may well be some worsening economic times ahead. What really triggered the GBPEUR movement is the uncertainty around Eurozone debt, which remains a key concern for market.

Yesterday, Ursula Von Der Leyen, the European Commission President apologised to Italy for not doing enough to support them as the crisis continues. The Euro lost ground as investors remain unconvinced over what future packages will look like to try and help contain the crisis and support a recovery.

Why Does GBPEUR Seem to Struggle to Rise Higher?

No one doubts the struggle ahead for the UK but it does seem the Euro us more and more in the market sights of late. However, the pound is not really capitalising and there could be a very good reason for this.

Whilst the UK has left the EU and is in its transitional phase, it still remains very much linked to the European economy, and will rely heavily on European trade in the future. Growing economic concerns in Europe won’t always translate into a rise on GBPEUR, since the bad news is bad for the global economy, and the UK will be reliant on a healthy global economy to support a future recovery, and help see the pound higher in the future.

Pound to Euro rates have been volatile as a result of the coronavirus pandemic, rising and falling in line with sentiment not only of their respective domestic situations, but also being influenced by more global sentiments and attitudes on risk in the currency market.

If you have a transfer to buy or sell pounds or euros and wish to better understand future events that might change exchanges rates, please do get in touch directly with me to discuss further.