The pound continues to trade in a narrower trading range against most of the major currencies as the markets continue to digest the impact of COVID-19 and crucially when normality will return. Despite weaker data from yesterday the pound to euro rate still managed to make some gains. Interbank exchange rates for GBPEUR currently sit at 1.1480 and pound to US dollar at 1.2430.

Whilst Boris Johnson had been expected to announce new easing for measures tomorrow at the daily conference, it is expected that a more detailed offering will in fact be made on Sunday after the bank holiday weekend. Those looking to buy or sell pounds would be wise to plan around this crucial announcement as it will give guidance as to the extent of anticipated easing measures.

To date, the government has set out five key tests which must be met before social distancing measures can be eased. These tests are: The NHS must have sufficient care capacity, there must be a sustained and consistent fall in the daily death rate, and the infection rate must be decreasing to manageable levels.

It is important to highlight though that the UK’s Chief Medical Officer Prof Chris Whitty has said that social distancing measures will still need to be in place until at least the end of the year. There must also be sufficient PPE and testing capacity and finally there must not be a second peak which would be too much for the NHS to handle.

For the moment, the economic data in the UK has seen a sharp fall in performance and yesterday’s Purchasing Managers Index data for the services sector highlighted how much this sector has been hammered by the Coronavirus. There is a fear in government that a second peak could be extremely damaging to the British economy which in turn could prove negative for sterling exchange rates.

Tomorrow is also important for another reason, with an early morning meeting from the Bank of England. The meeting will take place at 07:00 and any developments here in terms of guidance offered and any projected forecast for the UK economy could result in a significant shift in sterling exchange rates ahead of the Bank of England meeting. Those with a pending requirement would be wise to look at their exposure to the markets and consider planning around tomorrows announcements. Bank of England Governor Mark Carney is known for making the markets move on guidance offered and in these unique times anything is possible.

Meanwhile, Brexit has started to come back in the news although trade discussions to date are not proving as productive as some might hope.

The UK commenced trade negotiations with the US yesterday with a sizeable team of negotiators from both sides. The UK is looking to use these talks as leverage against the EU as discussions continue. In fact, the US trade talks will be done in parallel with the EU discussions which could throw up some heated debates in the months to come. As we have seen over the last three and a half years Brexit continues to be one of the main drivers for sterling exchange rates with considerable volatility on the back of the deal / no deal different outcomes. The Sunday Times has reported in recent weeks that pressure has been building within government to try and delay the transition period which ends 2020. For the time being though the stance from government is that there will be no delay at all. Seema Shah, Chief Strategist from Principal Global Investors, said “The last thing investors need is more uncertainty. We don’t expect the UK to make a very quick recovery after lockdown and if we don’t know by June what the next steps are, we could be staring a hard Brexit in the face again.”

Those looking to sell pounds to buy euros could see a major shift in the exchange rate if a deal can be reached. Similarly, a no deal Brexit could see material losses for the pound and this trend has been seen ever since the 2016 referendum. Brexit uncertainty still hangs over the UK whilst the US dollar maintains its status as a safe haven currency. With so much uncertainty around the globe due to coronavirus, investors have flocked to the safety of the US dollar. When the outlook for coronavirus begins to look clearer, then rates for GBPUSD may also begin to see a different travel in direction.

Get in touch using the form below to discuss your upcoming currency requirement, and the potential impacting factors discussed above. I’ll be happy to get in touch and discuss your enquiry. 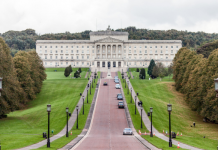