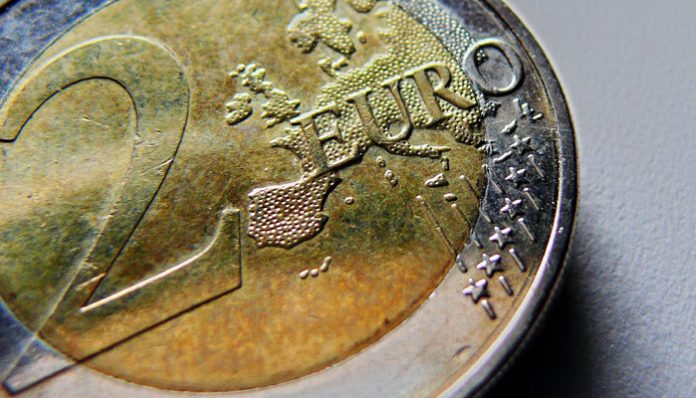 Pound to euro slipped below 1.10 during Friday’s trading as Brexit uncertainty and the prospect of an L-shaped recovery weighed on the currency pair. Pound to euro had remained rangebound between 1.10-1.11 but as investors turned their focus to UK domestic issues, the pound slid. Whilst pound to euro only fell 0.5 percent over the week, the currency pair has now breached a key resistance level, which leaves the door open for another move lower.

Brexit was always going to be an Achilles heel for the pound and the lack of progress in UK-EU trade negotiations is now again concerning investors. With the UK recently ruling out the possibility of an extension to the current transition period, the UK-EU have until October to agree a Free Trade Agreement. Technically, the UK-EU have until the end of the year, but this would not allow the European Parliament enough time to ratify the deal, so the real deadline is just 4 months away.

As it stands, the UK and EU have very different visions of how they want an FTA to look. The two big issues are EU access to UK fishing waters. The EU has insisted that fishing must form part of any trade deal and that a trade deal in goods is subject to a deal on fishing being agreed. The second issue is the “level playing field” demand by the EU, which will ensure UK businesses to not undercut their EU rivals.

The EU blinked first in respect of EU fishing access and suggested they would be willing to negotiate fishing rights outside of the FTA but ramped up the rhetoric that a “level playing field” was not up for compromise. This demand would see UK businesses continue to adhere to EU rules and be subject to the decisions of the European Court, something the UK has said no sovereign state would sign up to.

Chief Brexit negotiators David Frost and Michel Barnier have committed to further talks, but both the UK and EU do not expect much change before Autumn with both expecting their opposite number to make concessions at this late stage. This is a dangerous game and the prospect of “no deal” is likely to keep pound to euro low over the coming months.

Economists at investment bank Société Générale have assigned a 17 percent chance of no deal but concern over Brexit disruption, coupled with a likely L-shaped economy sees the bank forecast pound to euro at 1.0990 in Q3 and 1.0870 in Q4.

L-shaped Recovery and No-deal Brexit Could See Pound to Euro Sink to 1.05

Brexit would be challenging with a successful economy but with COVID-19 bringing the UK to a shutdown and economists seeing the chance of a v-shaped recovery as more wishful thinking than reality, the UK’s slow return to a pre COVID-19 economic level or “L-shaped” recovery will only heap more pressure on an already struggling pound.

Whilst recent UK economic data has been better than expected and has certainly shown the UK has the foundation in which to now grow, the UK has been slow to ease lockdown measures and with the possibility of a second COVID-19 wave round the corner, the UK’s return to health will only be made more difficult.

The UK has languished behind other nations who imposed stricter lockdown measures but eased restrictions sooner increasing the prospect of faster economic bounce back. Whilst Boris Johnson appears proud of the way in which his government has handled COVID-19, the same cannot be said for many of the public and business who still seem largely confused about what they can and can’t do.

If the UK struggles to recover economically and the UK-EU do not agree an FTA by October, then Société Générale sees pound to euro revisiting 1.05 under a worst-case scenario. Nomura Bank share a similar negative view on pound to euro as they expect the rate to fall below 1.09 within a month. With Brexit and COVID-19 almost certain to be the key drivers in the pound to euro exchange rate over the coming months, it’s easy to see why so many economists see further losses for the pound.

A change in tone on UK-EU trade negotiations would be a welcomed boost for the pound but with Michel Barnier recently stating the “the real moment of truth will be October,” it’s difficult to see much of a breakthrough before then and as such, pound to euro is unlikely return to levels seen earlier in the year for some time.