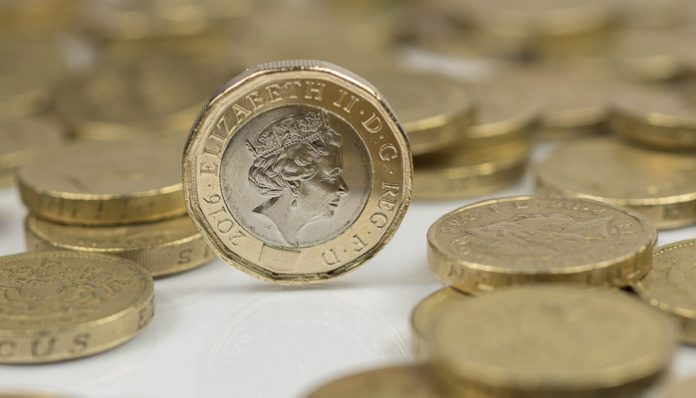 Where some had been arguing that economic data was taking less importance, I think one could argue this week has seen a bit of a turning point with the economic data once again driving the pound sterling forecast to a greater extent.

This morning, we saw the latest Unemployment data with a headline figure of 650,000 people more out of work in June compared to March. Despite the government furlough program earlier this year there remains a huge challenge for the UK to retain employment and such concerns can weigh heavily on sentiment.

The pound has also this week struggled to maintain its progress seen in the last 2 weeks as it finds trickier ground, following lower than expected Gross Domestic Product (GDP) data released Tuesday. The data showed 1.8% growth in the British economy for May, versus the 5.5% predicted, another example of economic data causing market volatility for sterling exchange rates.

Whilst this represented some much needed growth and a rebound following the lockdown period in April, it was not as high as predicted, and given that April saw a decline of -20%, it was nowhere near enough of a bounce to begin to undo some of the economic damage being inflicted on the UK economy and the pound.

Sterling lost value on this news, as it makes a V-shaped recovery predicted by Andy Haldane, Chief Economist at the Bank of England, much less likely. The poor economic data also provides some evidence that the Bank of England might need to consider further interest rate cuts into negative territory, or consider more Quantitative Easing (QE) to boost the economy moving forward.

QE is the purchase of government bonds by a central bank, to help aid an economic recovery by boosting demand. Further QE may, just like a move into negative interest rates, potentially trigger a weaker pound as it makes the pound less attractive to hold by investors.

Today we have the latest European Central Bank (ECB) interest rate decision which could be a very interesting one to watch, given the recent focus on monetary policy in the Eurozone. However, in a recent interview, Christine Lagarde, President of the ECB, made clear she is not looking at any further policy measures just yet. Such a confirmation might well see the Euro stronger by reducing the chance of any policy action.

Considering we reached a higher level of 1.1527 at the beginning of May, it has been quite a fall for the pound against the Euro, almost a 6% drop from the high to the low. Even at today’s 1.10 interbank rates Euro sellers for pounds are receiving a much improved rate. €100,000 sold to buy sterling at today’s interbank rate would net you an extra £4,156 compared to the start of May.

The US dollar is weaker as continued fears over the US economic outlook continues to weigh on sentiment towards the US, with the approaching US election also a factor to be aware of. Whilst Trumponomics has played a big role in shaping US dollar strength in recent years, the potential for Bidonomics to weaken the US currency as a result of increased spending is present.

The US dollar is also weaker as there is growing optimism over the possibility for a vaccine against Coronavirus and that whilst the US is suffering from COVID-19 concerns, many other parts of the world are on a gentle path to recovery which is triggering investors to sell off their previous US dollar safe haven positions and invest elsewhere.

As a safe haven currency, the US dollar my typically rise on global uncertainty and weakens on global confidence. At the peak of uncertainty back in March over the Coronavirus outlook, the US dollar rose dramatically against the pound pushing GBPUSD interbank rates down to 1.1435. Current levels of 1.2635 can partly be explained by a gentle return of confidence as investors seek out more profitable avenues and become more optimistic to see recovery elsewhere.

Will the Pound Decline Further this Week or is the Dip Temporary?

As we can see the relative strength of the pound is not just down to the pound itself, the behavior of sentiments over other currencies will also play a role. Further important factors to shape sterling include the continued playing out of the Coronavirus pandemic, but also the next stages on Brexit.

These two topics will continue to play a role but for the rest of this week we have today to focus on two key topics with the ECB (European Central and also the continued assessment of the Coronavirus outlook and also the latest economic outlook.

Whilst the data it can be argued has played a bigger role this week, there are many other factors for us to be conscious of to move the pound, including the above but also Brexit. Sterling may well face some increased challenges soon as Brexit news intensifies as we get ever closer to the end of year deadline.

Thank you for reading and I would be most interested to hear from you to discuss what lies ahead for the pound, and discuss various strategies and nuances in the market that might help you make informed decisions about how you approach your money transfer.