The pound to euro exchange rate has rallied higher this week despite keeping in a very narrow trading range seen over these last couple of months. Some of the economic data from the UK has shown green shoots in the manufacturing and services sectors. Tim Moore, economics director at IHS Markit said that the data for August showed that the UK’s recovery had gained speed in these sectors and that the “eat out to help out” incentive had supported growth seen in August.

The coronavirus pandemic has resulted in government debt in Britain reaching £2 trillion for the very first time with borrowing also at some of its highest levels. There will inevitably have to be big changes from government going forward but such changes remain unclear with the ongoing Coronavirus pandemic and how many new cases are seen over the Autumn / Winter period. The high level of government debt warranted a statement from Chancellor Rishi Sunak who said, “The figures are a stark reminder that we must return our public finances to a sustainable footing over time, which will require taking difficult decisions.”

In the Eurozone, it has been reported that Germany has extended its furlough scheme until the end of 2021. German Chancellor Angela Merkel has generally been commended on her handling of the coronavirus so the controversial move will be watched with interest. The British government has made clear that the furlough scheme cannot continue indefinitely in the UK due to the sheer cost of it but the decision from Germany does show a divergence from other economies which may have further economic implications. There is still much uncertainty over a second wave of the Covid-19 pandemic and an important factor in this may be when the schools return in September. One cannot rule out further lockdowns in the UK even if to a lesser extent than that seen in March and the economic hit could be particularly damaging. The government does not have the resources to keep paying a furlough scheme and other stimulatory measures indefinitely.

Data is light as we end the week with EU consumer confidence figures for August released this morning as the most noteworthy item. Next week however has a fuller calendar with important UK Purchasing Managers Index (PMI) data for the manufacturing sector on Tuesday and the construction sector on Friday. The EU will produce PMI data for the manufacturing sector also on Friday.

Despite initially some signs of a pickup in activity in the wider EU economy, the recovery is now coming into question. PMI data for the EU covering all sectors including services and construction fell to 51.6 in August down from 54.9 in July. The number remains above 50 which indicates expansion but the recent data has proved disappointing and resulted in some euro weakness after its release. France saw a sharp fall in its numbers whilst Germany saw an unexpected fall in the services sector. Christopher Weil from Commerzbank said that the data indicated “there will be no V-shaped recession. Recent restrictions in response to rising infection rates are further delaying the recovery. We do not expect real GDP to return to pre-crisis levels until 2022.” Any improvement in the outlook after next week’s data could prove beneficial for euro exchange rates with volatility for the GBP to EUR pair.

Brexit continues to keep a lid on the price of sterling as trade negotiations for a deal failed to reach an agreement. The seventh round of intensive talks which concluded last week resulted in no further progress. It has been well reported that the thorny issues over the level playing field, state aid and fisheries remain major hurdles for both sides to get over. Cabinet office minister Michael Gove is reportedly preparing heavily for a no-deal Brexit which if this happens could have a major impact for GBPEUR rates. It has also been reported that emergency talks between David Frost and Michel Barnier will take place next week.

Two of the Bank of England’s policy makers Andy Haldane and Ben Broadbent will also be speaking next week and any commentary surrounding Covid-19 and Brexit could impact on the price of sterling. The Bank of England have forecast that unemployment will rise later this year where it should peak at 7.5%. As the British government’s furlough scheme comes to an end the markets are now keeping a very close eye on the unemployment data as the reality of redundancies being made is already beginning to bite. Britain has already entered a technical recession and the markets are now interested in how quickly the economy can bounce back and crucially whether a v-shaped recession with a sharp bounce back will be seen. With concerns over a second wave of the Coronavirus pandemic the pound to euro forecast remains very uncertain.

If you have an upcoming currency transfer or would like to learn more on factors influencing pound to euro exchange rates, feel free to contact me, James Lovick, using the form below. 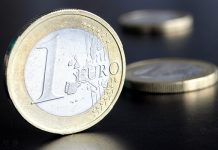