The pound to US dollar exchange rate recorded its largest monthly gain during July as the currency pair surged nearly 6 percent, smashing the psychological barrier of 1.30 and reaching 1.3165 before falling back and consolidating just below 1.3100. That’s the largest monthly gain for 11 years.

The move was caused by a huge US dollar sell-off as a series of events sparked concern over the US’s position. US annualised GDP crashed 32.9 percent in the second quarter, recording its worst result in history although this data was not quite as bad as some analysts had expected. On a non-annualised basis, that’s a contraction of 9.5 percent, which is still catastrophic but nevertheless better than releases in the Eurozone this week. The difference is that the Eurozone effected a lockdown much quicker than the US and as such, investors anticipate the Eurozone has seen the worst of the crisis, but this cannot be said for the US. Furthermore, there was a rise of nearly 900,000 in US Jobless Claims figures as more people seek to claim benefits.

Fed Chairman Jerome Powell then struck a dovish tone as he cautioned that recent data was pointing towards a softening of the US economy. There was no change in policy, but Powell said the Fed would continue with its current asset buying and was prepared to do whatever it takes to support the US economy. Powell was short on detail as it seems he prefers direction to come from Congress where the Democrats and Republicans currently have different views on further stimulus.

The US now has more than 150,000 Covid-19 deaths although investors risk concern has lessened as the race for a vaccine heats up. Oxford University working alongside AstraZeneca have demonstrated positive early testing and Moderna has just begun phase 3 of its trial. This has caused a further weakening of the pound to US dollar exchange rate and continued tension between the US and China has only made life more difficult for the US dollar.

Will Pound to US Dollar Continue to Rise?

The sudden surge in pound to US dollar has been all on a weakening US dollar but the UK remains in a fragile position as lockdowns remain in place and the public and business struggle to adapt to the new environment. Just this week, we’ve seen restrictions slapped on 4.3 million people in the north of England as the Covid-19 infection level rises. There have been recent economic snippets which suggest the UK could see a v-shaped recovery although it’s difficult to gage the broader economic picture right now.

The main event next week will be the Bank of England’s “Super Thursday”, where all eyes will be on the bank’s Monetary Policy Report. The bank is expected to leave interest rates at an all time low of 0.1 percent and not add to the £745 billion quantitative easing programme but attention will be on Andrew Bailey’s press conference where Bailey will provide a view on the UK economy and what action the bank may take. The question of zero of negative interest rates will once again be conversation as investors look for direction on the bank’s future policy.

Pound to US dollar has suffered at previous comments that the bank is considering the possibility of negative interest rates although Andrew Bailey has eased back on this slightly. Investors are looking for further quantitative easing that would ease the UK government’s borrowing and give support to the pound to US dollar exchange rate. Any indication of zero or negative exchange rates would likely sink the pound.

After 5 weeks of intense negotiations the UK and EU have failed to break the deadlock in Brexit trade talks. There will be no face-to-face talks for a couple of weeks giving each side a chance to recoup but the clock is ticking and without a breakthrough, pressure is building for the autumn months. An immediate breakthrough is unlikely but significant progress here could send pound to Us dollar towards 1.40 however if no deal is agreed pound to US dollar could find itself below 1.20. With all that is happening right now, this will likely be the big influence on where pound to US dollar sits in a few months’ time.

US domestic issues will also continue to influence the currency pair and a US election in November could certainly impact the exchange rate. At present, Joe Biden has the edge over Donald Trump as the Democrats seek to regain office for there’s a long way to go and you’d be brave to write off Trump just now.

Get in touch using the form below to discuss these factors and how they have the potential to impact your upcoming currency exchange. 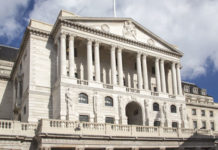