The pound to euro exchange rate has dropped further on the back of three main components: Brexit, COVID-19 and the prospect of negative interest rates.

Brexit negotiations continue to be the dominant driving force for sterling with only a few weeks to go before the crucial EU summit on October 15th. UK Prime Minister Boris Johnson has also signalled that if an agreement is not reached by this date then both sides should “move on”. Ever since the UK internal market bill appeared as a tool to keep trade in the UK flowing but also to override some parts of the withdrawal agreement, relations between the UK and EU sides have nosedived. For the time being Boris Johnson has agreed that MP’s can have a vote if the bill is eventually required, if a no deal outcome is reached. The concession to parliament has not alleviated concerns from the EU side. Brexit discussions have continued this week although another formal negotiating round will take place next week which may have more of an impact for the pound to euro exchange rate.

Politics is hugely at play in this final part of the Brexit process after more than four years since the EU in / out referendum in 2016. The internal market bill however has seen Boris Johnson come under fire from big names including US election candidate Joe Biden, the European Commission president Ursula von der Leyen and former Conservative Party leader Michael Howard amongst others.

It has been reported that a joint UK EU committee meeting will be held Monday 28th September with EU Commission vice president Maros Sefcovic to try and find a solution to the latest row over the internal market bill. Both sides are still showing no signs of backing down and with only just over a couple of weeks left until that EU summit it will be a tense and volatile period ahead.

Those with pending requirements to either buy or sell euros are likely to see major volatility for the GBPEUR pair with large swings expected either way depending on whether a deal is reached or not.

Sterling has also come under renewed pressure as COVID-19 uncertainty is making the markets uneasy once again. As the economy heads into a second wave of the coronavirus Boris Johnson has signalled that further restrictions are needed to halt the spread of COVID-19. Government scientists last week reported that COVID-19 infections were growing between 2% and 7% per day across the United Kingdom.

The R rate is believed to be rising rapidly at the moment with an expectation that it is probably sitting between 1 & 1.4. The number of daily confirmed new cases has broken well over 4,000 each day this week. A circuit breaker national lockdown has been floated which could tie in with the October half term next month. The question is whether the country can make it that long. Professor Chris Whitty, the government’s chief scientific advisor announced this week that the UK has turned a corner with a rapid rise in cases and that new cases of COVID-19 could reach 50,000 per day by mid-October. The epidemic is reportedly doubling every seven days. How the government responds to this sudden climb and how other governments tackle a rise in cases over the winter months will invariably lead to high volatility for the respective currencies. For the moment the new measures that Boris Johnson introduced on Tuesday are likely to remain in force for the next 6 months and the impact on the economy will be key for the pound. The mid-October date is significant that has been mentioned is significant as this ties in with the EU summit. The uncertainty over COVID-19 may have some bearing on the final Brexit outcome. With so much happening in the month of October those with pending requirements would be wise to plan around all these major developments.

The Bank of England signalled last week in the minutes of the latest meeting that it would “begin structured engagement” as it looks to investigate how a move into below zero interest rates would work. Whether than Bank would actually want to go down this unprecedented route remains unclear but what is certain is that the central bank is now preparing for such action “should the outlook for inflation and output warrant it at some point.” The fact that it has been considering such action could mean that more stimulus could be added at the next meeting in November if required. Much will depend on the bounce back (V vs U shaped recession?) in the economy and how severe the second wave of the pandemic is. On current trajectory: “Winter is coming”.

Get in touch to discuss these factors in more detail, and the options available to limit your exposure to the changing currency markets. 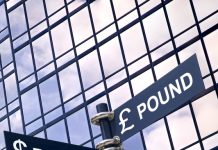 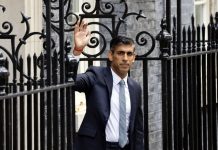