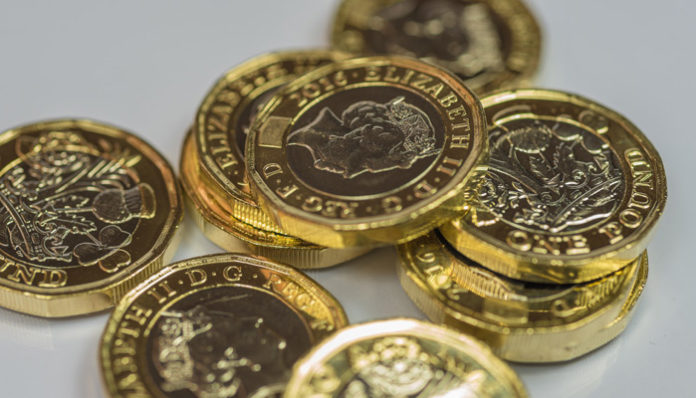 The pound to euro exchange rate has been very sensitive to key issues of late, namely Brexit and the prospect of negative interest rates from the Bank of England. This week has so far seen numerous oscillations back and forth on both of these issues, in a sign of perhaps some of the volatility we can expect ahead.

Yesterday, on the topic of negative interest rates sterling lost ground against the euro and US dollar as Bank of England Governor Andrew Bailey floated once again the prospect of this once almost unthinkable policy.

As a result, the pound fell to fell to lows of 1.0944 yesterday against the euro on pound to euro interbank exchange rate, having earlier this week hit a high of 1.1080. This rise on Monday was owing to Dave Ramsden, Deputy Governor for Markets and Banking at the Bank of England, saying about negative rates, the British Central Bank was ‘not about to use them imminently’.

This contradiction in statements between Bank of England members could well present further turbulence ahead for sterling exchange rates, as investors try to second guess the likelihood or not of this path being pursued.

There is no new Bank of England interest rate decision until the 5th of November, which provides plenty of time for rumour and speculation to persist on this topic. One of the key components of any decision is of course the health of the British economy, plus the health of the nation in terms of how well or not we are tackling the Coronavirus.

The market will therefore surely be keeping a close eye on the economic data and also the outlook on tackling COVID-19 as potential signals to future monetary policy from Threadneedle street.

What Next for the Pound and Brexit?

Another key point for the market and the Bank of England to consider will be the outlook and outcomes because of Brexit. October is a vital month for the talks where we have some potential final news on what the UK’s future relations with the EU will be.

The 15th and 16th of October will see the next EU Summit in Brussels where Brexit talks and the possibility of a deal are said to be likely form a key part of the conversation. This meeting has long been mooted as the ‘landing zone’ for any future deal and this meeting should attract attention.

Speculation had been rising at the beginning of this week that a deal could be struck. The pound rose against many currencies as there were signals of a foundation for a deal ahead. Importantly the EU have dropped their insistence that all remaining issues be resolved before a deal can be agreed.

We now have some fresh challenges with today it becoming apparent the British car industry will not be able to claim products as British made in some situations which would have enabled them to export more easily.

Looking at any possible deal, there are still a few issues to resolve which may or may not ultimately lead to October seeing completion of an agreement. The news might come early on in October, or event towards the end of the month. November is also still a possibility for the final deal but it is being pointed out December would be too late, since the individual other EU members each need to ratify the deal and this might not be able to be done at such short notice.

The general perception is that signs of a deal will be sterling positive, whilst signs of no-deal are sterling negative. It has been argued much of the weakness has been priced in to a degree but there is also the potential for a weaker pound according to some estimates.

Goldman Sachs, the investment bank has been predicting 40-45% chance of a no-deal which in their estimates could see the pound down at parity on pound to euro exchange rates.

Other estimates have seen rates closer to parity in recent years, so there could be room for a decrease. On the upside BNP Paribas had a central forecast of 1.15 based on a deal being agreed, so we will need to watch for this news which might lead to further gains for the pound.