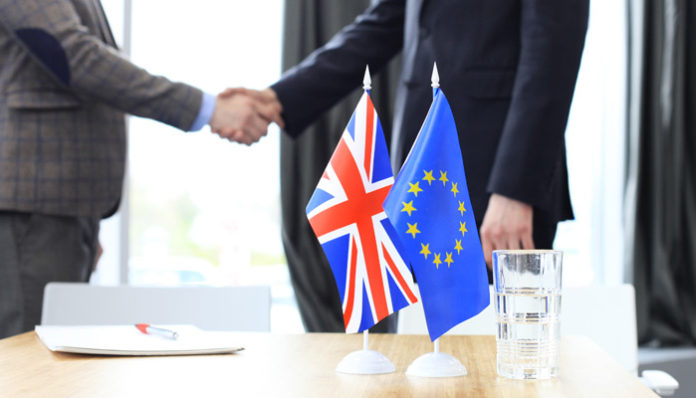 Over the course of last week the UK managed to complete its first trade deal after the Brexit vote as it managed to secure a deal with Japan. This has given the UK hope that it can get more trade deals done once fully outside of the European Union. The deal should provide as much as £15billion more shared between the two nations. However, it is important to be bear in mind that the deal only accounts for 0.07% of the UK’s Gross Domestic Product.

Over the weekend the news from France is that French president Emmanuel Macron appears to be softening his stance towards the fishing rights which is currently under discussion between the UK and the European Union.

Over the last four years the waters have generated in excess of 170m Euros so to change the current terms will obviously cause an issue for the French fishermen as well as their economy so things will have to negotiated hard in order to get a fair and equitable outcome for both sides.

EU Chief Negotiator Michel Barnier has recently stated that he was not ‘worried about anything else but fish.’ The GBPEUR exchange rate has made some small yet consistent gains over the last few days so if this is one of the stumbling blocks then if this issues gets resolved we could see the talks progress closer to being finished.

The GBPEUR exchange rate has remained in a fairly tight range during the month of October not moving by much more than 2 cents between the high to low during this period. It appears as though the currency markets are adopting a wait and see approach when it comes to the next developments of the Brexit discussions so until we see further progress we could remain stuck in a similar range to that experienced during October.

On Thursday the Eurozone will hold its latest interest rate decision and monetary policy meeting. With so much money having already been spent trying to manage the pandemic amongst the continent it will be interesting to follow any comments made by the central bank as to how they will continue to combat this problem. Any sign of further QE or interest rate cuts could see some movement for the Euro.

However, with just 2 months to go before the end of the year we could see a lot of volatility coming to the foreign exchange markets as we are just over a week to go before the next US presidential election. With over 50 million votes already having been posted through and another 100 million votes expected to come through over the next week this could be the biggest turnout in history for voters in the US. Already in Texas we have seen as many as 5.3 million votes and with trump having won over Texas during his 2017 campaign we could see a lot further movements for the currency markets owing to the uncertainty of this current electoral campaign.

Get in touch using the form below to discuss your currency exchange involving GBPEUR and the factors that could impact it in the coming weeks.