It is just 23 days until the 1st January when the UK will have officially exited the current transitional phase where all existing rights and obligations the UK has as a member of the EU will cease. Pound to euro interbank exchanges rates currently sit at 1.111 having gained close to a cent in value as Boris Johnson heads to Brussels for trade deal talks with Europeam Commission President Ursula Von Der Leyen.

Brexit has been one of the most turbulent events in recent memory for the pound causing a shift in its status from a more historical ‘safe bet’, to a more uncertain ‘riskier’ currency.

The history and strength of the UK as a dominant global political and economic force has been in decline for a long time but Brexit has exacerbated this trend. Whilst the UK’s share of global trade and ability to influence global events has diminished it does still carry weight on the international stage, the scope of which might well be tested in the coming weeks and months.

Sterling has tested some of the all-time lows against many currencies in recent years with GBP/EUR interbank rates falling to 1.0525 in March of this year, the closest it has been to the all-time low of 1.02 in December 2008.

On GBPUSD rates, the pound has also struggled testing 1.1430 in March of this year which was a 30-year low. Against many other currencies the pound has dropped over the course of the last few years so what can we expect next?

Will Boris Be Able to Salvage a Deal?

Boris Johnson is travelling to Brussels to meet with Ursula Von Der Leyen to try and thrash out a deal. Outstanding issues remain that of standards and also fishing, with Boris keen to evoke the UK’s sovereignty and not have EU rules governing British trade. Bookmakers have recently cut the odds of a Brexit deal being reached with the current probability standing at 64%.

There is an EU Summit on Thursday and Friday this week which will provide further news on what we might expect looking forward for Brexit and trade relations with the EU.

Whether or not anything can be agreed could prove instrumental for sterling which has ranged 15% between the highs and the lows against the euro this year, with Brexit causing large volatility at times and testing these levels in the years since the vote of 2016.

The predictions for the pound generally indicate we could be looking at a move higher on a deal with Danske Bank predicting 1.16 and Goldman Sachs 1.15 on an agreed deal. Both of these institutions foresee a move lower closer to parity on a disorderly no-deal.

If you have a transfer to consider before the end of 2020 and wish to get some updates on the market and some proactive assistance with the timing and planning of any trades, please don’t hesitate to reach out for more of a discussion from our expert team using the form below. 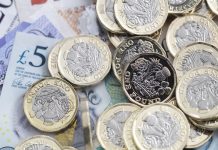