Home GBPEUR GBPEUR Aims for 1.17 Ahead of ECB Meeting 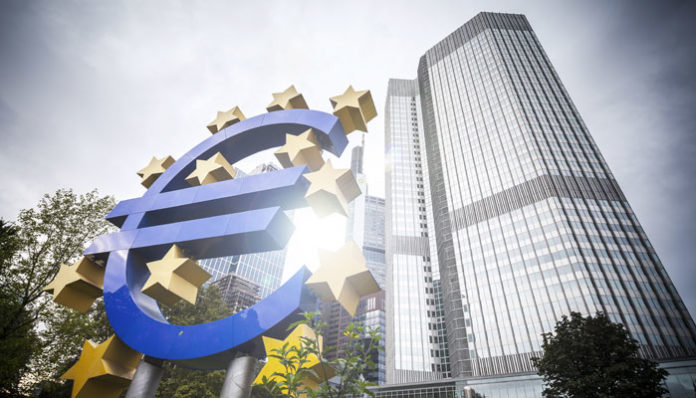 The GBPEUR exchange rate was trading higher on Wednesday after a strong start to the week. The pound is pressing the highs of April 2020 as the European Central Bank (ECB) prepares to announce their latest decision on interest rates on Thursday.

It could be a quiet day and a half for the GBP to EUR as the only data out this morning is French industrial production figures.

European Growth Could Lag Other Nations

An update for fourth quarter GDP in the eurozone saw a 0.7% decrease in the euro area and it was 0.5% lower in the EU, according to Eurostat official figures.

The drawdown was largely caused by the lockdowns as the main drag came from household consumption, which took 1.6% away from the quarterly number and 4.1% from the annual figures.

Higher inventories added 0.6 percentage points to the quarterly figure, but this could have been temporary builds due to Brexit. The lockdowns also hit jobs, as employment growth slowed to 0.3% quarter-on-quarter after seeing 1.0% growth in the previous three months. In the last quarter of 2020, 158 million people were employed in the Eurozone, which Eurostat estimated was 3 million fewer than the previous year.

The latest figures had analysts fearing that Europe could be a laggard in growth and the US is about to embark on another big stimulus plan of $1.9 trillion.

Tomorrow will see the latest interest rate decision from the European Central Bank and recent moves in the bond market alongside the US stimulus plan could see action from the central bank.

The ECB will be pleased with the recent return of inflation, but they may not want to leave the Eurozone’s government bonds at the mercy of the free markets for another month. A recent sell-off in bonds was created by the belief that a sharp US recovery would see higher inflation. This led to members of the ECB stating that they would not wish to see yields rising.

The ECB is not expected to make any big policy changes on Thursday, but they may wish to send some kind of signal to bond markets, that they will act if necessary. A failure to take any action could see a rise in the euro currency versus the pound.

The BoE Governor implied yesterday that they would allow inflation to get to their 2% target and hold it there, so there may be a willingness to back off and let normal forces be the guide for the next month.

The GBPEUR is hovering at 1.17 and the ECB will determine whether it makes a break for the 2020 highs, or slumps back to the 1.15 level. Get in touch to discuss your upcoming currency exchange ahead of Friday’s interest rate decision to plan ahead.