The pound to dollar rate, which was languishing near two-month lows on Monday morning, soon recoiled from this unwelcome position as England began to reopen – recovering some of last week’s losses by jumping to the 1.37 mid-range, where it remained this morning. With the nation back in business, hopes are high that the economy is poised to bounce back sharply, with key indicators pointing to a hiring spree and a surge in confidence.

The pound rallied yesterday following its worst weekly performance against the dollar so far this year. The reopening of retailers and hospitality businesses was accompanied by a survey showing business confidence has hit a record high as firms bank on pent-up demand. The quarterly poll of finance directors at leading UK companies by Deloitte revealed optimism was at its highest level since the survey began in 2008. Growing hopes for a rebound come after the nation’s economy suffered its biggest contraction for three centuries in 2020 – shrinking by nearly 10%.

A year on from the start of the first Covid-19 lockdown, UK retail sales grew in March. However, the British Retail Consortium (BRC) highlighted that fashion and beauty remain in the doldrums. Total sales rose 8.3% from the same month in 2019 – the BRC noted it’s now comparing figures with 2019, given how unstable 2020 was for the retail sector – outstripping the three-month average increase of 2.7%. On a like-for-like basis, sales were up 8.4% in March.

The BRC report was accompanied by a statement, which said: “While total sales show growth, out of the 13 categories tracked, eight remained in significant decline. The pandemic has concentrated spend on home centric categories such as food, computing and home appliances. While others, such as fashion and beauty remain in double-digit decline compared to pre-pandemic levels,”

The UK economy grew by 0.4% in February, despite the nation’s third lockdown, as it recovered from a 2.2% contraction in January, the latest GDP figures from the Office for National Statistics revealed this morning.

Output in the productions sector rose by 1% during the same period, while manufacturing grew 1.3% having declined in January. The construction sector improved by 1.6% and the services sector grew by 0.2%.

Dollar Pinned Down by Lower Yields

The dollar remained under pressure on Monday, following its worst week so far this year, as US Treasury yields traded near recent lows and investors looked ahead to crucial inflation and retail sales data. The US currency’s performance has been wedded to Treasury yields of late after concern surrounding rising inflation and a stimulus-fuelled economic recovery triggered a jump in yields in February.

On Sunday, it was reported that Federal Reserve Chairman Jerome Powell believes the US economy was at “an inflection point” and appears set to bounce back in the coming months; however, he also warned of the potential risks stemming from a hasty re-opening.

Production figures and the latest GDP reading dominate the UK economic calendar today, with the latter forecast to rise.

Investors eagerly await US inflation data for March due today, with forecasts indicating the first evidence of a surge in inflation that is widely expected through the coming months.

Use the form below to get in touch and discuss these factors in further detail ahead of your currency exchange. 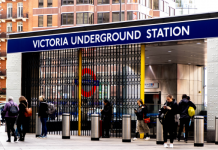